James Altucher interviewed Dr. Geoffrey Miller (@MatingMind) about dating, sex, and evolutionary biology. Miller is the author of The Mating Mind, How Sexual Choice Shaped the Evolution of Human Nature and co-hosts the Mating Grounds podcast.

For starters, I didn’t know what evolutionary psychology was. From Wikipedia:

Altucher and Miller begin to talk about our natural tendencies to flirt, but how current institutions block this. “So you can pass notes in class and you can text to your girlfriend or boyfriend, and, you know, teenagers are intrinsically motivated to do that practice. And they’ll do it as much as they can, but the powers that be don’t exactly encourage it. And so you end up in a situation where people are really good at a lot of formal things like they know their history and they know their math, but they don’t – like a lot of guys at that age just don’t know how to talk to women or how to approach them.” says Miller. We’ve evolved a certain way to interact, but things are changing. We’re spending more time looking at screens rather than each other. Looking at people matters. In a recent – though far from conclusive – study of middle school students in California, researchers found that face to face time matters quite a bit in understanding emotions. There are visual clues we get in face to face time that we don’t via emoji.

The conversation between Altucher and Miller moves to the idea of peacocking, something that also came up in his interview with Marni Kinrys and Kristen Carney. Miller says that the idea of showing off in nature, even if it threatens your survival, is to show how truly confident you are. “It’s not about survival; it’s about status and attracting mates. And you can only do that credibly by kind of wasting matter, energy, time, money, or taking risks in ways that are kind of conspicuous and counterintuitive.”

It makes this seem a little more logical.

The guys then talk about finding what sort of hierarchy you can find yourself in. Luckily moving among different groups to different social structures is quite easy and flexible. Miller suggests that younger men want to be in the middle to have a bit of competition to move up, but older men prefer being more toward the top of their group. Not happy with your work friends, find a club to join where people are less/more attractive/wealthy.

In one research study, most people who were offered a cup of coffee among three choices, small, medium, and large chose the medium size. When asked why, they said it was the right size for them. This makes sense, I can get quite jittery with 20 ounces in me. In the second part of the study though, the cup sizes were adjusted up. The medium size in round one (the popular choice) was now the large, the small was now the medium and a new size was small. 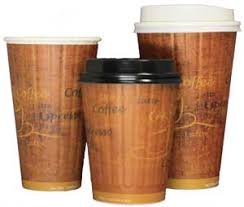 In this part of the experiment, people still overwhelmingly chose the medium size and gave the exact same reason. Behavioral economics has studied this area up and down and it works not just for coffee sizes but getting people to make healthier food choices in the cafeteria too.

Anecdotally, I remember hearing in college that girls would invite a “slightly less attractive” friend with them to the bar when they went out. This is in theory, a mating version of the cup of coffee experiment.

After talking about dating choices, Miller offers his thoughts on online dating, “Well, I think for everybody, online dating is great. It’s very counterintuitive; it’s unnatural, but you might as well take advantage of the numbers and the statistics that particularly if you’re an unusual person, like you’re super extroverted or you’re super smart with a high IQ, it’s hard to kind of randomly bump into people who will be compatible with you.” says Miller.

Past Altucher guest Paul Oyer said much the same thing in his interview. “The market was better than some of the alternatives because I don’t really like things – like I didn’t want to go to singles bars and meet people that way. I wanted to sort of use my time efficiently. I was a parent. I had a very busy job. I had a lot of other things I wanted to do but at the same time, finding my next relationship was an important thing as well. So I wanted to certainly make time for that but in a manner that sort of befit where I was in my life at the time.”

For both Oyer and Miller the appeal was filtering out options to find what they really wanted in a partner.

Miller suggests that online daters make a Skype connection rather than dinner. If you take this route make sure you clean up your room, humans are quite good at using limited visual clues to figure things out. When voters were shown a clip of a congressional winner and loser for only a tenth of a second, they successful guessed who won 70% of the time. It makes me wonder how fast speed dating really is.

Miller gives specific advice to women, “do some exercise, watch interesting documentaries rather than bullshit TV comedies, build up your mind, your interests.” Scott Adams (a past Altucher guest) gave similar appearance advice to not worry about your hair. In his book, How to Fail at Almost Everything and Still Win Big, Adams encourages people not worry about how their hair looks and go to the gym. We want healthy partners rather than ones with perfect hair Adams rationalizes. Will Gladd narrates one of my favorite videos about this, “I have never regretted working out, going for a walk, or getting on a plane stinking, dripping sweat. Not once.”

For guys, Miller recommends not trying to figure out how to solve or hack a woman, but take their point of view. One way to be more empathetic is to read more fiction. (Apparently in a Whole Foods, as this comes up again as a place to meet someone)

The interview covered a lot of dating ground, most of which I wasn’t interested in and these notes reflect that. I also felt that Dr. Miller’s and Altucher’s experiences skewed the conversation towards, this is what upper-middle class white men in NYC observe when dating. That’s not to say it’s wrong, only that it’s a narrow point of view.

The interview concludes when they talk about Miller’s upcoming book, publishing, and promotion. For more from Dr. Geoffery Miller check out The Mating Grounds which includes a great recommend books section. You can also read The Mating Mind.