Ramit Sethi is a great interview. He’s on the podcast circuit because he’s updated I Will Teach You to be Rich. I like Ramit, in part because he’s a nice guy.

Years ago I sent him an out-of-the-blue email about working for him. His response was prompt, kind, and thoughtful. It was like a stranger holding open a door for you, but also noticing the map in your hands and offering directions and a dinner suggestion.

These notes and quotes are from Ramit’s podcasts with Tim Ferriss and The Mad FiEntist.

Good designs. Ramit believes in automated finances. Just like email filters, but for money he tells Ferriss. But Ramit’s taken this approach beyond money. “I wake up in the morning and double click on my calendar and everything is perfectly organized.”

Designs influence behavior. Dan Lockton talked about how metaphors influence our thoughts (Startups are like a…). There’s an architecture of happiness. ‘Choice architecture’ is one tenet of nudging because designs matter.

In his podcast with Howard Marks, Ferriss credited the design around him (physically and contractually) for his investing success. “I’ve done reasonably well in private technology startups because I lived in the middle of it in San Francisco, it was the only thing I paid attention to, and it protected me from my lesser behaviors because I wasn’t allowed to sell.”

Habits are behaviors we’ve already designed for, choices are opportunities we haven’t yet.

Base rates and optimistic future selves. Ramit is coaching a group of people through his book and asked what they might do if gifted ten thousand dollars. “According to these answers, we have a bunch of Mother Theresa’s in the group. They will pay down debt, give to charity, do this and that.”

Much like as Daniel Kahneman thought he could write a book in less time than everyone else, these people thought they could spend money more wisely than their previous selves. But we’re all overly optimistic about ourselves.

This is part-of-the-reason Michael Mauboussin hammers base rates again and again. Base rates help even when someone doesn’t think they will. Bent Flyvbjerg studies megaprojects like dams, bridges, airports and the like and said:

“You hear this when you talk to project planners like I do in my research. You will hear them say you cannot compare projects, it’s impossible, each project is unique. Our statistician laughs when he hears this because he says the curves of cost overruns and benefit shortfalls are so similar that it’s ridiculous to talk about the projects as being unique.” 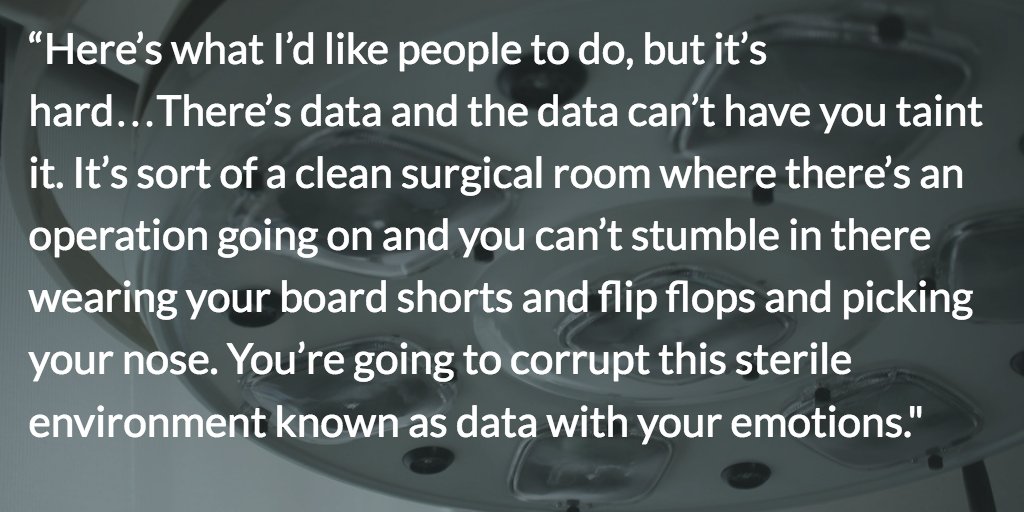 See it to believe it. Ramit includes examples in the second edition of his book. People who retired early(ish). People with a lot of money. People with enough. He told Ferriss that seeing someone like you, doing something new, makes the doing seem possible.

Context matters. The middle of the Ferriss interview has a lot about relationships and Tim shares how he and his partner conduct a weekly check-in. “We started off with, ‘shit you need to fix’, then it was ‘growth opportunities’, now its ‘what I’d like to see more of’. The phrasing turns out to be really important.”

Rory Sutherland’s Alchemy is full of examples of context mattering a great deal. One friend enjoyed a trip to the Caribbean so much he loaded up on banana flavored rum to share with his friends back home. But he got home and realized banana flavored rum goes best with sand and sun.

This is hard. This is latent needs.

In the same way that marketers find the latent needs of their customers, individuals who retire need to provide for their latent needs. Jobs provide meaning, friendships, income, hobbies, connections, and more. “Sometimes the most valuable things in life live outside a spreadsheet.”

Brynjolfsson and McAfee have made the role of ‘job’ more important in their research because of this. Universal Basic Income is like FIRE, a literal interpretation of work but not an accurate one.