Lewis Howes (@LewisHowes) joins James Altucher (again) to talk about what’s happened in the last year. Howes was a professional football player who moved from sister’s couch to running a multimillion dollar business.

The interview begins with James asking Howes about his handball experience. Specifically, what his handball? “Tennis without the racket, water polo without the water, soccer with your hands on a big basketball court, lacrosse with your arms.” It’s this:

Howe’s says that while he was recovering from an injury, he watched the Olympics in Beijing. Want to be an Olympian, he started thinking about sports he could hack and found handball, “I was mesmerized” he tells James. In one way he began to study what it would take to become a handball player, in another what it would take to create a business. Howes was applying the same deep understanding that Dick Yuengling (episode #79) had about moving beer barrels and Mark Cuban had for computer network.

Wanting to learn how to play handball, to really become good at it, he figured he had to move to NYC and to do that he had to make some money. He learned LinkedIn and covered a lot of that ground in his first interview. Arriving in NYC, he found a place where people played, and just showed up. He tells James:

So I show up, I say hey guys, I’m Lewis Howes from Ohio. I’ve never played handball but my goal is to make the US national team and go to the Olympics.

Lewis is a big, fit guy. Former pro-athlete. What was the reception?

They all laughed their asses off. I was the only American there.

About those international handball players. “They were speaking in like ten different languages to each other about this white kid that never played, but every week I showed to practice for that year.” 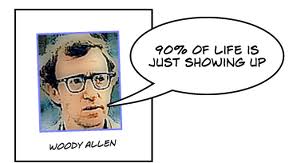 “And it’s been a journey ever since.” If you want to cheer on the American team, they have to win the PanAm Games, July 10-26th in Toronto to make the next Olympics.

James focuses the rest of the episode on Howes’s podcast, The School of Greatness. James asks how he got Tony Robbins (episode #62) as a guest. After cancelling because he was going to India, Robbins finally sat down to talk with Howes. James says that he “wanted to make things as easy as possible for him (Robbins)” so he flew down to his house in Florida and had a “good solid conversation.”

You can watch Howes and Robbins talk:

James remarks that “somehow Tony Robbins really resonates with millions of people… in part because he’s legitimately helped millions of people.” Howes has too, and the pair dive in to some of the things he’s learned this past year.

How to double your energy

Howes talked to Yuri Elkaim who wrote The All-Day Energy Diet: Double Your Energy in 7 Days. Howes tells James that his big takeaway was about sleep and coffee. “Caffeine is something that is not going to double your energy” Howes tells James, “A lot of people use caffeine to use energy or get them up, but it’s really something that’s the opposite of what you should be doing.” Howes says that he can feel the effects of caffeine and “gets shaky” if he drinks too much.*

Beyond sleep and caffeine, people can eat the right foods and fasting. Past guest Nassim Taleb advocates random fasting and there is good medical science to support it. Scientific American writes that it’s at least good, if not great to do, and it’s easier than ever. NPR too reported on fasting and gives nice details about the 5:2 plan. If you really want to do it, check out the NPR post, it has specific steps. Though none of this is making James feel better, he tells Howes, “I feel like science has ruined my life in the last few years.”

Howes also mentions an episode with Sean Stephenson who recommends other sleep tips like:

How to master your memory

Jim Kwik, was on the School of Greatness podcast and Howes says, “he gives a lot of great tips.” Kwik uses a memory palace technique” and Howes asks about how to remember key points to a speech.

This super memory is nothing new. In the wonderful Moonwalking with Einstein, Joshua Foer writes:

It was simply a matter of learning to “think in more memorable ways” using the “extraordinarily simple” 2,500-year-old mnemonic technique known as the “memory palace” that Simonides of Ceos had supposedly invented in the rubble of the great banquet hall collapse.

In the fifth-century-BC, Simonides was about to give a speech to a crowded hall. Right before he stepped on stage he got a message to step outside. He did and the moment he crossed the building threshold it collapsed. When the families came to collect the bodies, Simonides was able to close his eyes, recreate the scene, and guide them to the portion of rubble their kin were buried in.

Howes says that Kwik told him he wasn’t always very good at remembering things and forced himself to learn a new way to learn. He’s not the only one, Gary Varynerchuk (episode #2) was a D and F student. Brian Koppelman (episode #59) had bad ADHD.

Altucher hypothesizes that maybe Kwik remembers things that he was passionate it about. My guess is that it’s the connections that matter most. Kwik uses memory walks or memory palaces because they create a visual connection. Altucher is using emotional connections to remember things thirty years ago. Howes mentions that remembering why you want to remember something can even help.

Altucher says that the Kwik interview with Howes reminded him of Apollo Robbins, “The Gentleman Thief.” Rather than describe what he does, you should watch it:

James says, “I wish I had a skill like that.”

Howes says that there have been certain things he’s learned this past year that he’s developed into common themes of greatness.

Overcome adversity and turn it into an advantage. “There are going to be injuries or breakdowns along the way” Lewis tells James and he suggests that you “surround yourself with really positive people. When this happened to me, my emotions were really shaky. Losing my dreams was a huge blow for me.” Howes has what Taleb would call domain fragility a cousin of the halo effect. Domain fragility means that while Lewis could physically crush an 82-year-old immigrant living on his block, she was much more emotionally strong.  He can handle the physical weight, she the emotional.

Domain dependence matters because as Stephen Dubner told James, we need to be aware of the Halo Effect in our thinking. This is the idea that because someone knows something about one area, we give them credit for knowing about others. I write these posts and have a decent grasp on psychology, but when my best friend calls to talk about his new diet, I need to learn to shut-up.

You could also find a good coach. Howes tells James:

In his book about Money, Tony Robbins shows his remarkable connections because of coaching. He even confesses in the book that he has almost no experience with money and admits in the book about some of the past and current mistakes he was making. What Robbins did have were connections to people who know a lot about money. Robbins coached Ray Dalio on success, Dalio coached him on money.

One new storefront for coaching is Coach.me. There you can start to build habits by not “breaking the chain” of successful days, but also connect with people. I’m a coach there, but there are many other good people to help with eating right, meditation, writing, or whatever goal you’re aiming for.

James wonders aloud if “reading replace coaching?” but Howes is skeptical because how important the feedback is. Ramit Sethi lives and breathes feedback (and his interview notes are coming soon).

The interview ends with Howes telling James what’s next, “my intention this year is really to build a distribution network.” Podcasting funnels people into the School of Greatness Academy but he wants to create more automation. James says their mutual friend Molly Hahn has been doodling Buddhas and “is making a six figure income from it” and succeeded in part thanks to the academy.

James has similar thoughts about podcasting (and book writing) funnels:

“I think people have to realize this. Podcasting itself, just like book writing. Book writing might not be a business model for many writers. You might write a book and you’ll make a little money, but not much money, but you have to think of all the other things it gets you.  It gets you an audience. It gets you those true fans. It allows you to have an impact on people. I think podcasting is similar.”

Howes jumped into podcasting because “I had seen the trends in video, people were watching on-demand.” Would this happen with audio? Maybe. “I want to be where the puck’s going to be.” he says. Howes is lucky, acting in a very Gary Vaynerchuk way, who writes that that we don’t need to scoff at new mediums, like podcasting. Rather, “a smart entrepreneur will head over to the platform, see the bikini shots and think ‘How can I do better.’”

If Howes were giving someone advice, he said that you should find something very specific to focus on. James said the new Denzel Washington is the Greatest Actor Of All Time Period podcast might be a good example of that.

Howes next adventure is creating a digital magazine, which he says, “is either going to be a big win or a massive failure.”

One oddity from this episode was that Howes admits he doesn’t read digital magazines or listen to podcasts. James has said the same things about podcasts. For the alternative they might consider “eating their own dog food/using their own lathe.” If nothing else they’ll find gems like this near hour-long tutorial on storytelling from one of the best, Alex Blumberg (episode #70).

First of all, thanks for reading. Those 1900+ words you just read are about an entire book chapter and that you read them all means a lot to me. I’ve got a request, but I think it’s pretty small. Could you pick one of these questions and answer it?