Michael (Mickey) Singer joined James Altucher to talk about leaning back, finding out who you are, and owning your mind. Singer is the author of The Untethered Soul (which James says “is a beautiful book,” and which has a whopping 2,200 Amazon reviews!) and the recently released The Surrender Experiment. The interview takes place at Singer’s Temple of the Universe.

One programming note before we get started. This was a personal interview. Not that it’s personal to James – though it sounds like it is – but personal in however you take it.

Much like Wayne Dyer (episode #6) and T. Harv Eker (episode #100 ), this interview is spiritual in nature. My first thought to what Singer said was to apply a stoic filter, much like I wrote about in the Ryan Holiday (episode #108) notes. I have a bias going it and that’s it. One quote from Marcus Aurelius and we’ll get started: 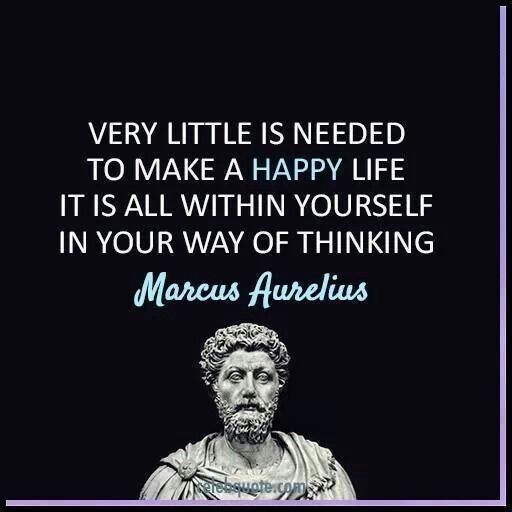 Singer began his spiritual transformation when he was finishing his Ph.D. in economics. He realized then that he could watch rather than be the voices in his head. Eker had a similar realization, telling James that is was wonderful when he realized he could say to those thoughts, “thank you for sharing.”

For Singer it was an “evolution of consciousness,” that led him to realize that he controlled his thoughts. His theory goes, that if we don’t have the same primal factors to fear (hunger, predators, etc), we will manufacture something to fear. We build emotional threats. We resurrect  things from seven years ago. We feel alone.

Even if you have it all – says Robert Greene, a past guest – people will come for it.

No matter how much money or resources you have accumulated, someone will try to take them from you.

But you don’t need those things says Singer. “You have everything you need to live at a deeper level” he says to James. Rather than focus on the outcomes of the world, focus on your inner voice he says.

Adam Carolla (episode #25) said similar things in a different way. For Carolla it was how he dealt with rejection for a television pilot he wrote. He did the best he could with a good idea, but it was rejected. Oh well, move on.

The stoic Marcus Aurelius has another perspective, if it can happen it will happen, and we shouldn’t be surprised by anything really. 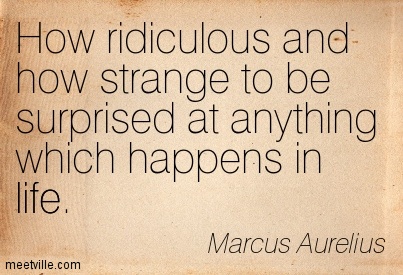 Singer draws the analogy that your mind is like a house, and you need to choose what comes in and what doesn’t. “This is my house, this is where I live,” Singer says, “I’m going to straighten this out.”

This is easier said than done. It’s hard to shift your thoughts, and it’s a writing tool that helps me. In her book Bird by Bird, Ann Lamott says she thinks small to get started.

For shifting our mental situation try to focus on one small thing. Maybe it’s your kids, your boss, or your spouse. Maybe it’s not getting angry about traffic. There’s no limit to how small you can start.

Maybe start with your thoughts. There is a wonderful parable from The One You Feed Podcast (one you may enjoy) that goes like this:

An old grandfather told his grandson: “My son, there is a battle between two wolves inside us all. One is evil. It is anger, jealousy, greed, and resentment. The other is good. It is joy, love, hope, humility, kindness, empathy, and bravery. “The boy thought about it, and asked, “Grandfather, which wolf wins?” The old man quietly replied, “The one you feed.”

Singer’s perspective is that the universe already has many things figured out. It doesn’t need you to push forward, cells still split, the sun still shines. Singer says – and James echoes – that his book lays out the steps one at a time.

For Singer one of the early steps meant ignoring a vagabond in his yard. This was hard. Eventually though he had a mental shift. “I let that voice in my head know you’re not running things here.”

In the middle of the interview James asks Singer about how he makes decisions. This is a great question area and I hope it joins the “cubicle” question.

There are lots of good ways to make decisions.

Singer doesn’t give an answer with the same clarity, but he does say that he tries not to think too far ahead. He likens life to being like a river. You know where you’ve been on the river, and you can forecast some of what’s ahead – but you can’t see the entire course of the river or the obstacles underneath.

In The Five Elements of Effective Thinking, Dr. Burger writes about this as a tool for thinking. If your knowledge was like a river, look at what you’ve learned and what the natural progression might be. Sometimes it’s obvious. For Steven Kotler (episode #118) and Austin Kleon (episode #19) it was clear. On their book tours, people were asking them the same questions over and over. Their next books set out to answer those questions. Kevin Kelly (episode #96) told James he uses this technique to get ideas for what the future may hold.

James has learned a lot of Singer’s ideas. “In my worst experiences it’s like, oh wow, here’s an opportunity to take a step.”

Nassim Taleb also takes this idea – though I believe Taleb is well versed in the stoics rather than Singer – and it’s a key point in Antifragile. “Wind extinguished a candle and energizes a fire.” Taleb writes, “Likewise with randomness, uncertainty, chaos: you want to choose them, not hide from them. You want to be the fire and wish for the wind.”

The interview ends with a neat little story about what happened when Oprah called. You can watch part of that interview here:

Thanks for reading, I’m @MikeDariano. If you want to join our book club, we just started and there’s still time to catch up. After this week though it might be too late to get up to speed. If you want to learn more about stoicism start with Meditations or On The Shortness of Life. Both were accessible to me and I had no philosophical background.

If you want to see the effects on stoicism on me, I wrote about my experiences applying stoic thought to parenting. It’s been the single biggest positive effect on my parenting.