Harv Eker (@T Harv Eker) joined James Altucher to talk about better training, persistence, and as the AC/DC song goes, “Who made who, who made you – If you made them and they made you – Who pick up the bill and who made who?” The rock song is asking who made you and then who made that person and so on. Eker’s angle is that we should ask who made the thoughts that come into our head. Ask why they are there, and then apply the four magic words.

Eker is on the podcast to talk about his latest offering, the T Harv Eker Life Makeover System. Besides being a mouthful to say, is “A Simple 7 Step System To Design And Create Your Ultimate Life…One That’s Filled With Happiness, Balance And Fulfillment!”

Before Eker created this though, wrote wrote, Secrets of the Millionaire Mind. This book had a strong affect on James, he told Eker, “What affected me about the book was that you could have these pre-programmed beliefs about wealth from tragic things that happened from your parents or childhood.” And many times, Eker says, “we don’t even recognize the program running us.”

This echoes what Daniel Kahenman writes in Thinking Fast and Slow, “A reliable way to make people believe in falsehoods is frequent repetition, because familiarity is not easily distinguished from truth.”  The more often we hear something, the more likely we will believe it to be true.

Eker had to work his way through a variety of thought systems before arriving at this point, some of which were in business. He tells James that he had 14 jobs in 12 business in 11 years. “I had a belief that if you get in the right thing at the right time, you’re going to become successful.” Eker was trying to incrementally improve on the ideas that other people had, figuring that if it worked for them, and he worked hard enough, it would work for him too. Peter Thiel writes that these sorts of pursuits don’t work out because it’s too crowded when you are trying to go from 1-2. For example, if you want to open a pizza restaurant in your city, that’s going to be hard to do. And this is the equivalent of what Eker did, 14 jobs delivering pizza in 12 pizza shops in 11 years. Unlike a pizza delivery person, he was well paid, but like a delivery person, there wasn’t the success, skills, and growth he was hoping for.

Instead he should – and eventually did – go from 0 to 1. This is a lot harder. Rather than deliver pizzas, our enterprising pizza delivery person opens a make-your-own-pizza-bar; where customers come in, choose from organic and fresh ingredients, assemble the pizza in the right ratios, have them partly baked, and then frozen for their home freezer. Now that business may not work, but that’s the kind of business that has opportunities for great success if it does work. This is what Eker was searching for.

How do you get there? Eker suggests that the person sitting in their cubicle right now to reframe how they view their job. Instead of it being your job, think of it like a paid internship for your next venture. Eker says that “67% of entrepreneurs” end up in the same industry they had previously worked in. In his book, Zero to One, Peter Thiel writes that a key component of their success was figuring out how to have computers and humans work together to detect fraud. In 2002 – after the sale of PayPal – Thiel continued to wonder, “if humans and computers together could achieve dramatically better results than either could attain alone, what other valuable businesses could be built on this core principle?” The next year he pitched Palantir to some former classmates and the company was formed. In 2013, the WSJ estimated its value at $9B. 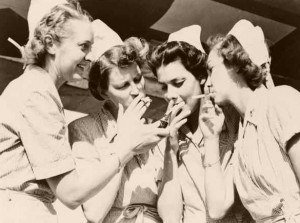 So Eker did this. Eker knew about fitness and began selling fitness products and beginning the Peak Potentials Training company. Eventually he sold that fitness company but lost a lot of the money he made “A lot of people are good at what they do, but when they first have money, they’re not good at having money.” James says. Money management it turns out, is domain dependent. We’ll call this the smoking nurses phenomenon.

Eker realized that he needed to take a low risk approach to investing money and that’s something past guest Tony Robbins (episode #62) and Nassim Taleb both suggest. In his book  Tony Robbins wrote, “The most important piece of advice every investor I talked to echoed was, ‘Don’t lose money!’”

Taleb echoes those thoughts, writing, that he never invests his own money in his own portfolio, instead choosing a conservative mix.

After his financial transformation Eker began to work on a spiritual one. “My self worth was wrapped up in my net worth,” he tells James, and that was “another big mistake.” He’s not the only one. Seth Godin (episode #27) told James “ones identity as an entrepreneur is really tied up in what you do all day” and after Godin sold his company to Yahoo!, “that identity was stripped.”

Eker says that after blowing up he got in Zen Buddhism, but there he wasn’t happy being zen. So what was it? If he wasn’t the cutthroat businessman or the Zen Buddhist, what was he? It turns out, he was both. “Embrace both sides of your self.” Eker tells James. “What I teach is that you can be kind, generous, loving, balanced, spiritual, and really freaking rich.” When he learned this, Eker says, it “changed everything.”

How can you change, Eker says that first you have to be aware that certain beliefs are “not supportive of success or happiness.” To those beliefs you need to identify where they came from, why they exist in your life, and why they matter so much. My maternal grandfather lived through the great depression. The specific details of his experience I don’t know, but later in his life I noticed he would crumble saltine crackers in his coffee. When I asked him why he did this, he said that crackers and coffee were the two things he loved but could never afford, so now he enjoys them together. It would be somewhat foolish of me to expect that his experiences of having so little were not transferred to my own experiences.

Another thought that many people have is that you must work. Why hasn’t anyone suggested we find passive income as a means of work? Eker asks James. In another podcast – Tropical MBA – the guys there talk about this idea as it relates to Alex Blumberg’s (episode #70) podcast StartUp. They use an alternative universe theory to think about what if instead of going for venture capital, Blumberg bootstrapped his company. They also talk about episode #14 when Chris Sacca said that he hasn’t invested in a lifestyle business. But what if that’s what Blumberg had done? Eker doesn’t explicitly address any of this in his conversation with James, but in the ideas he does. He wants people to ask themselves why they think about things the way they do.

Ultimately to start any business, you will “get rich by solving a problem for somebody.” Eker says. Sam Shank said in (episode #78) that, “It boils down to saving time and saving money. I think all consumer products need to deliver on one, ideally both.”

Then Ecker shares a nice little suggestion for thinking in a healthier way. ”Thank you for sharing” are the four magic words we can tell ourself when we start to have thoughts about something that isn’t helpful. Dan Harris said that he developed a similar perspective by asking, “is this useful”?. Rather than worry about whether or not he would be late for his plane, Harris began to ask if the thoughts he was having were useful.

In that interview, James said he does this too:

“for instance, rather than worrying, oh my gosh, I went down in rankings today or what’s my number, what’s my ranking system, becoming more creative about right now what can I do, making a list for what can I do to market better, and that’s something – so I’m in control of what I can do right now, and as you said, I can’t control the future.  So I can say, okay, well, on Twitter, I’m gonna market a little better or I’m gonna build a Facebook page.”

Eker tells James, “Any thought you think that is not supportive to your happiness or success you immediately come back with ‘thank you for sharing’ and you move to a more empowering thought.” It’s an idea from the stoics that Ryan Holiday (episode #18) writes about in The Obstacle is The Way, “They can throw us in jail, label us, deprive us of our possessions, but they’ll never control our thoughts, our beliefs, our reactions.” He goes on:

In fact, if we have our wits fully about us, we can step back and remember that situations, by themselves , cannot be good or bad. This is something— a judgment—that we, as human beings, bring to them with our perceptions. To one person a situation may be negative. To another, that same situation may be positive.

At the end of the interview Eker shares three of the seven steps in his new system:

He tells James that people can go to his site to find out more details.

Thanks for reading. If I was pompous, pessimistic, or too pseudo-scientific in this post, do let me know @mikedariano.

Every tenth one of these I put a link here for readers to donate if they’d like. Each one of these posts takes 3-5 hours to write and if you are a regular reader who would like to say thanks financially, here you go. To those that have supported this site already. Thank you. It doesn’t matter how much, each email I get saying that someone took time to read the entire article, follow the link to PayPal and send me money means a lot. Thank you.