This post is available in podcast form. There’s a bit of scratchiness in the audio. FYI: Quarter zip fleeces are suboptimal podcasting clothes.

Everything is a system.

A quick note on the formatting. I’ll use “quotations” for both actual quotes and to set out systems. When everything is a system we lose sight of the specialness of systems. Hopefully the quotes will set off the words, and my points.

Some systems like the “stock market system” change a lot. 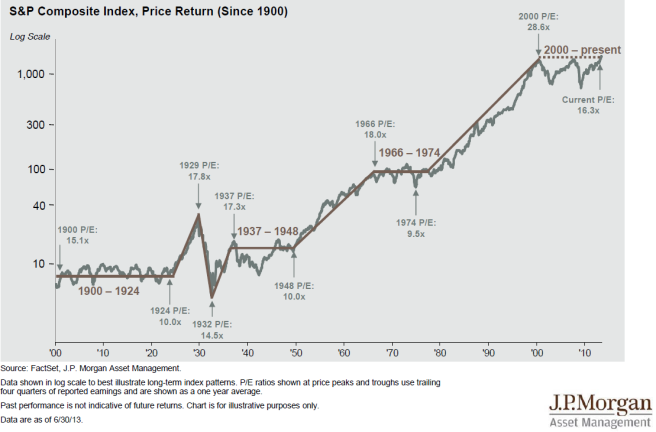 Some systems like the “Lego brick system” change very little. 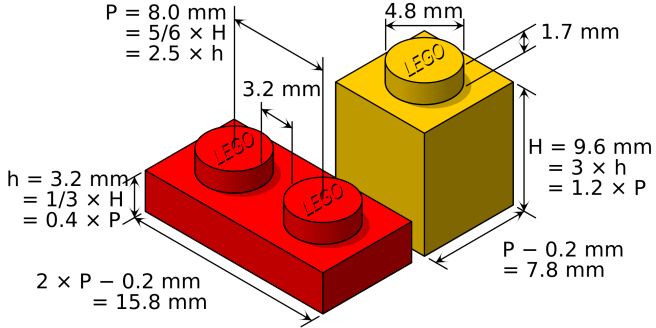 But we shouldn’t be fooled by the simplicity of those bricks. As parents know, they can be quite powerful on the floor of a dark room.

Those bricks are a system too – even though their simplicity suggests otherwise. The plastic is degrading (over 500 years) and this alone is a valuable lesson. Just because we can’t see a system act, doesn’t mean a system isn’t acting.

For example, not until 2009 did we realize that Jupiter and Saturn nudge the earth like a delicate surgeon might nudge a top. That ice ages come and go based on the alignment of Jupiter and Saturn, two events you and I will never see, is an example of systems acting but not easily observed.

Our “Lego brick system” has gained complexity; plastics, gravity, and pressure in a matter of paragraphs. Now how complex does the stock market get? Global politics? Taylor Swift’s song writing?

Now hold on, this may get bumpy. Everything is a system of systems.

Systems stack. We’ll use the Power of Tens video as a metaphor.

While the video is about the size of the universe, it points out something we can use – there’s never a final thing. There’s always something smaller or bigger.

The hand is small, but the hairs are smaller. Part of hair is the cuticle, part of that is the cell, part of the cell is nucleus, electrons, and so ons. In the same way we can’t observe the degradation of Legos with our eyes, or ice ages based on Jupiter’s position, we can’t see what’s smaller than quarks, which isn’t the destination, but a stop on the discovery train.

Okay, is there any good news to this mess?

The spirituality of systems.

The good news is that we’re quite good at listening to systems, even really complicated ones. But how we do that will take a bit of faith.

This idea coalesced when I read Deep Survival

by Laurence Gonzales. Holy cow is it a good book.

Gonzales looks at survival from two angles. One is how to survive when you’re in a dangerous situation. The other – and relevant to us – is about how to avoid those situations.  It’s about listening to systems.

Gonzales explains one of his moments of enlightenment when he landed in Hawaii, headed out to surf, and as he passed a lifeguard, asked how the surf was.

“‘Well,’ he (the guard) said, as if considering it for the first time, looking out to sea, rubbing his goatee. He was a redhead, thin and freckled, his face lined with experience. He came down from the tower and studied the sea. Before answering he seemed to think of something and asked my name. I told him. He grabbed my hand in a surfer’s handshake and said, ‘Mike Crowder.’ I waited. He turned back to the seas and continued to stare at it with a space-out look, and I started to wonder if he was stoned. Hawaiian weed is supposed to be bitchin’.

‘Okay,’ he said at last, as if he’d decided something. It was only then that I realized he’d been reading the waves, the lineup, the break.”

Crowder, like other surfers learned to listen to the “surf system.” He told Gonzales that the sea was dangerous.

I dismissed this idea. It was too spiritual. But then I realized I did the same thing. I can sense the “weather system.” The darker the cloud the bigger the storm. It smells like rain. The wind is out of the northwest.

I know each of these things instinctively. Lots of people do.

When Tony Dungy was coaching the Tampa Bay Buccaneers, he took them from being the worst team in the league to winning the Super Bowl (a year after he left). He did it by creating a new way to listen to and act with in the “football game system.

Charles Duhigg writes about the change in The Power of Habit

“Part of the problem was Dungy’s coaching philosophy. In his job interviews, he would patiently explain his belief that the key to winning was changing players habits. He wanted to get players to stop making so many decisions during a game, he said. He wanted them to react automatically, habitually. If he could instill the right habits, his team would win. Period.”

Dungy wanted to switch the actions within the system.

Rather than; if the systems shows A, then DECIDE.

Instead; if the system shows A, then REACT.

Duhigg explains that Dungy understood how the players listened to the “football game system” (like you feel spring showers or lifeguards read the surf).

Duhigg wrote: “Players spent their lives building the habits that got them to the NFL. No athlete is going to abandon those patterns (–how they listen to the system–) simply because some new coach says to. When asked Dungy said, rather than creating new habits, he was going to change players’ old ones.”

It’s 1964 and Morris has had limited luck with signing artists. He goes to the accounting room one day to see what’s selling. There he saw that an anomaly. A band called “Music Explosion.”

Stephen Witt explains in How Music Got Free

“One of the acts on Laurie’s roster in those days was a generic garage rock band from Mansfield, Ohio, called the Music Explosion. Side A of their lead seven-inch single was a schlocky two-minute cover of a 1964 British Invasion tune titled “Little Bit O’ Soul.” Morris, however, would forever remember this platter by a different name: Laurie 3380, the catalog number the order-taker used to track the sales of the song. Those sales were generally unimpressive, with one exception: a record store in the small town of Cumberland, Maryland, which had, during the most recent inventory cycle, inexplicably ordered two crates of discs. Morris was struck by this anomaly.

Anomalies are signals from the system.

He (Morris) was soon talking long-distance with the Cumberland store’s owner, who told Morris that through repeated heavy airplay, a local radio DJ had turned this unexceptional song into a regional hit. In fact, the owner was already planning to place another order for the single, as the two crates of Laurie 3380 he’d bought were running out.

Morris found that regional sales were the system’s signal.

From All Quiet on the Western Front

: “At the sound of the first droning of the shells we rush back, in one part of our being, a thousand years. By the animal instinct that is awakened in us we are led and protected. It is not conscious; it is far quicker, much more sure, less fallible, than consciousness. . . . It is this other, this second sight in us, that has thrown us to the ground and saved us, without our knowing how. . . .”

Barry Ritholtz has said that he listens to the system of “stock market” by what sort of prices are sells for.

NPR had a podcast about tracking the Sotheby’s market to see how much money was moving.

1920’s America had an essence of “too good to be true,” an odor that systems aren’t right. In Rainbow’s End

, Maury Klein quotes one mother as saying: “we’d rather do without clothes than give up the car.”

Each of these were hushes, nudges, and winks from the system.

Okay, now harness your chakra and say twenty Hail Marys and you too can listen to systems.

Wait, that’s not right. There are some things we can do.

In 1914 countries began to lean into alliances that culminated in World War I.

In 1998 LTCM hedge fund needed liquidity but no one would lend to them because other banks had the same investments to invest in.

In 1999 Al Pacino gave the Inches speech in Any Given Sunday. A more poetic, and historic, For Want of a Nail explains it as well.

In 2002 a group of four climbers hooked together to descent Mt. Hood. The most experienced of the group was who slipped and took them down. They hooked 2 more on the way. And then 3 others before heading down a crevasse. 3 of them died.

9 thoughts on “Listen to your systems”