The How I Built This podcast continues to post good, crisp, entertaining, and informational episodes and that includes the one with Manoj Bhargava, founder of Five Hour Energy.

Quick anecdote: After my 2016 triathlon I grabbed a Five Hour Energy drink in the post-race tent. I put in the refrigerator and forgot about it. Two months ago I found it behind our jar of bacon fat and gave it a try. I felt amazing. I also realized that there is a component of addiction I know nothing about.

Let’s not bury the lede. Bhargava said entrepreneurs need to do three things: 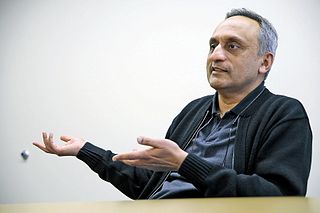 One thing that made this interview so enjoyable was that Bhargava didn’t tell that many stories. He explained things. When host Guy Raz asks about a business turnaround Bhargava explains, “it’s not rocket science. If you use common sense you’re in great shape. If you use experts you’re in so much trouble.” A moment later he added, “experts are great for telling you what you shouldn’t do.”

That’s it, why make it more complicated?

My guess is that we complicate because knowing and doing are different things. How do I go from knowing to doing? Can’t an MBA help me? Maybe. You could also just try something.

Brent Beshore said the secret to business is to experiment and do more of what works and less of what doesn’t. That’s Bhargava’s model too. After his first year at Princeton, he realized he didn’t need college. Not that he knew everything, he didn’t. He just didn’t need what they were teaching. He went to India and became a monk instead. “That was my true education. It was an education on what is life and how to live and how to live is so fundamental because it affects how you do everything.”

Bhargava returned from India and turned around a plastics company. Then he created an invention company to look for his next thing. At a national food expo, he tasted an energy drink. He couldn’t license it so he tried to make it. The first batch “tasted awful” but Bhargava kept tinkering and tasting.

Bhargava sold it in GNC. Jason Calacanis said on the Dorm Room Tycoon podcast that if you don’t have word of mouth marketing you haven’t made a great product. After one month of sales, Five Hour Energy sold 10,000 units.

He also settled on the strategy of offering it as a shot. Why? For starters, it would have been too damn hard to get space in the cooler section along with the likes of Coca-Cola and Budweiser. Second, why include water?

Bhargava differentiated Five Hour Energy and built a moat around his business. That moat was assaulted when his market share went from 93% to 67% and he said 300+ competitors entered the market. The moat held because none of the knockoffs could knock him off. “The one thing they all forgot,” said Bhargava, “was that you have to have a great product.” It was ironic that a Buffett company (Coca-Cola) was repelled by the very moat mechanism that Buffett likes about Coke. Kevin O’Leary asks this question on the TV show Shark Tank.

And, of course, it helps to get lucky. Bhargava said:

“Business is one of those things where you have to get everything right and then get lucky. Anyone who says luck is not part of it is just arrogant.”

The two-jar model is how Michael Mauboussin taught me about comparing luck and skill. We’ll only reiterate here that anything you can control is skill. That means keeping a low overhead, building good relationships, talking to customers, and being curious are all up to you. Oh, and so is persistance.

If you can persist then you might have something. Bhargava says you have to resist the “heat of failure” and if you fall down, “so what, just get up and do it again.” On a previous episode of HIBT, Nolan Bushnell (Atari, Chuck E Cheese) compared business to a chess board. If you lose one game just set up the pieces and play again. In fact, this should be your default mindset. Ray Kroc said that business isn’t like a painting. A painting you put on the final touches, hang it over the fireplace, and enjoy. A business requires a lot of work.

It helps then if you like what you do.

"If you don’t like rolling the same boulder up the same hill you need to find a new boulder or hill."https://t.co/c64eCH8jTD #innovation