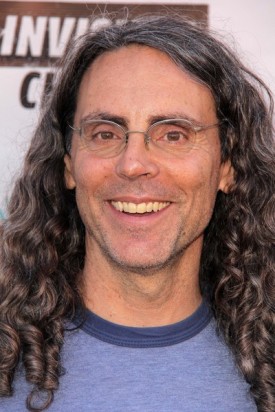 Tom Shadyac (@tomshadyac) joined James Altucher to talk about the paperback release of his book, Life’s Operating Manual, what it takes to change the world, and what his journey to both of those has looked like. If Shadyac’s name is familiar it’s probably because of his litany of movie hits; the Ace Ventura series, Bruce and Evan Almighty, and Patch Adams among many others. His most personal project is I Am, a documentary, here’s the trailer:

Those movies brought Shadyac a lot of money and it wasn’t necessarily the sums of money that brought discomfort into the way he viewed life, but the disparity between people on the set. He tells James that it seemed ridiculous that some people making the movie couldn’t feed their family while others were making millions of dollars. He resolved to make changes. He began selling things. Gone was the huge house, cars, and other things that piled up. In was the smaller house and things he only needed, as he shows Oprah. He mentions to James in the interview that it’s more modest but still nice but it’s certainly not the “trailer” that James suggests.

Shadyac’s own self experimentation and pursuit of less was going fine until he had a bike accident that nearly killed him and left him with post-concussive syndromes. “For five months I had a ringing in my head.” he tells James. This time in his life led him to begin to question “what’s wrong with the world.” If the early phase was one of self-discovering about how to feed your soul, your spirit. His next quest was how to do that for the world. So he set out to answer a straightforward, but not simple question:

“What’s wrong with the world?”

What Shadyac found in his research was what was right with the world. We aren’t as violent as seen on TV. Shadyac references his interview with  Dacher Keltner, who gave a TEDx Talk about his research. Another academic, Steven Pinker, spoke with Charlie Rose:

Shadyac continued on his own journey, having paired down materially he also began to weave in good acts. He’s been teaching, volunteering, and trying to make the world a better place.

At no point in the interview does he pitch this lifestyle to James. Rather, he says that he “respects the path of others.” He had to make the billion dollar movies and life the million dollar lifestyle for things to begin making real sense to him. He tells James that in his experiences and research, that happiness follows our pursuit of the “true, good, and right.” He believes this because it never came with the money. When he made $30M for making a movie, he wasn’t happier than he is now. Being motivated by money is a false fuel that other guests have pointed out too. Marcus Lemonis told James that money is the wrong thing to chase. Rather, chase things that bring value and the money will be a by product of that. Sam Shank (#78) said that he wouldn’t sell his company for $400M because he’d just want to be back where he is now.

Shadyac also echoes what Dan Ariely (#65)suggests about happiness. Happiness isn’t something you can pursue. It’s not like a figure in your bank account that you can choose to make deposits in or a mana bar in a video game. For Ariely it was the pursuit of meaningful things. For Shadyac it’s contentment in many domains of life; health, work, mental and spiritual balance. If you have those basic things satisfied, then you’ll be happy.

A lot of research has gone into Shadyac’s research and throughout the interview his etymology is sharp. He tells James that in his examination of psychology there are two major factors that content people have, positive relationships and service of a cause greater than themselves. Good people in your life has been a common theme with other guests. Lewis Howes (#88) suggested having coaches and mentors. Jack Canfield (#90) said he’s always been part of a mastermind group. Tim Ferriss (another guest) had Canfield as one of his mentors. James often says you’re the average of the five people you surround yourself with- and his interviewees testify to that.

One problem that Shadyac sees in the world is “mineness.” He makes the argument to James that a transition to domesticity and the ability to store and amass led to this. Ditto for education where he says that the attitude of to the winner, go the spoils is all wrong. We’re one big family and the future he says is one where “we’ll literally share like a family would.” His evidence is that we used to be on big tribe, sharing with each other, and not permitting our “brothers and sisters” to be anything less than their best selves. The internet he thinks, will help us get back to that point and healthy competition will be that where we bring out the best in others.

Around the middle of the interview Shadyac explains quantum physics and entanglement theory. Below is a YouTube video clearly explaining it…

Wait, this isn’t an editing error, there was no great video to explain it. There were a lot of clever ones, short ones, long ones, TED Talks, and more but no single perfect source.

Shadyac’s transformation also revolved around the state of the celebrity industry. He tells James that there is a “whirlwind that happens around movies that’s almost like an illness.” He sees this hero worship going on, where people are dying to get their picture taken with/existence acknowledge by so-and-so.

Instead he suggests that we direct our efforts to solve a problem like world hunger or food scarcity, which we can do right now. The self-storage industry is large enough to end world hunger Shadyac says. According to the SSA fact sheet, a trade group, the self-storage industry had revenue of $24B in 2013.  UN estimates about ending world hunger bring the bill to about $30B so it’s certainly in the ballpark. But here’s the twist, and Shadyac admits this, solving difficult problems is difficult. Stephen Dubner (#20) did an episode on his podcast about the cost-benefit analysis of solving problems and things get really tricky. A more broad, economic angle, is that ending world hunger is like aiming at a moving target. Shadyac knows this and has a good answer for it, telling James that “it starts here, by changing yourself.” It returns to his idea earlier in the interview, that if you want to change something follow your path and concern yourself most with yourself.

James asks for specifics, about how someone can start doing this. “If it’s not a win-win for everyone then stop doing it.” Shadyac says.

If I missed something, do let me know in the comments or on Twitter, @MikeDariano. Also, if you want to build your idea muscle, I’ve made something that might help.

[…] Rosenthal doesn’t mind the job. He also recognizes that money isn’t everything. Tom Shadyac sold nearly everything he owned, and only then became happy. T. Harv Eker thought that if he had a […]

[…] Tom Shadyac gave up everything and was happier. Jim Carrey said “I wish everyone could be rich and famous to realize it ain’t it.” Bill Murray added: […]

[…] who tries hard, and faces challenges. Like everyone else. So many people, from Judd Apatow to Tom Shadyac say that life isn’t about fame or money. It’s about more than that. It sounds like Friedlander […]