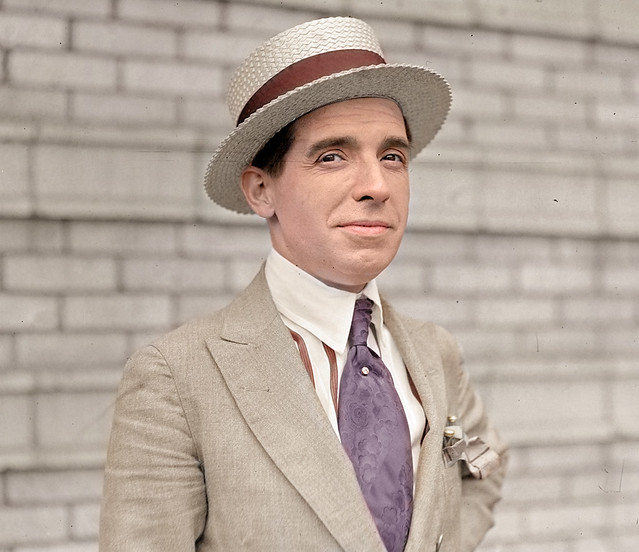 Ponzi’s Scheme by Mitchell Zuckoff reminded me a lot of the book The Fish That Ate the Whale by Rich Cohen. It’s not as good, but like a Polaroid photo, developed the story to a well-known picture. Though Charles Ponzi and Bernie Madoff ran the same scheme, they were quite different. Here are 5 things I learned:

This typically means less formal schooling and more of the XMBA approach. Where this fails is if we do neither. The real world education can be more valuable, but also requires more work. When Ponzi went to school in Italy, Zuckoff wrote, “His rich friends considered the university a four years vacation, and so Ponzi acted as though he could too.”

The same thing occurred to  the future newspaper editor who would bring him down – Richard Grozier. Zuckoff wrote, “There was a cachet of laxity among certain Harvard students. This was especially true of ‘club men,’ who thought a grade above a C was a waste of effort.” Grozier believed this applied to him. He only barely graduated.

School is not the most efficient form of learning, but it is a decent one.

2/ About newspapers. Two aspects about the daily news came up in this book. First, was rosy retrospection. We tend to look back and think ‘those were the good old days.’ While the owner of the Boston Post had been inspired by the work of Joseph Pulitzer, the paper printed a wide range of stories.

“Then there was the ‘primitive man’ stunt. The Post sent a man named Joe Knowles into the Maine woods, naked and empty-handed, to live completely alone for sixty days. During the two-month adventure, the paper printed dispatches and drawings Knowles made with charcoal on birch bark and left at a prearranged drop point. When Knowles emerged from the woods, wearing deer skins and carrying the tools of a caveman, some 400,000 people crammed the length of Washington Street to greet him. The paper’s circulation doubled that year.”

The second point of note was the – at first – limited coverage of Ponzi. Papers only have so many pages, television so many minutes, and websites so many pixels above the fold. The year 1920 was busy enough that other stories pushed Ponzi out of the pages.

Nassim Taleb called daily news “toxic” for this very reason. Something is going to fill that space everyday. The chances of it being important and true are low.

3/ Path of dominos. Ponzi, like so many others we’ve profiled, had  a one-of-a-kind path to his infamy. To come upon his scheme had to had to have been born overseas, come to America, left, had his name misspelled on an arrest warrant, started a trade publication, opened a letter with an exchange coupon and so on.

We’re all some outcome of choices, and I wonder what our alternative histories look like without one or another key event. Had Napoleon Bonaparte not been admitted to military school what would have become of him? Had Teddy Roosevelt not been elected as a state legislature would he have been president? Would we have national parks?

4/ Hedonic treadmill. “The average man is never satisfied with what he had, he does not realize when he is well off. If he has a shirt, he wants two. If he is single, he wants a wife. If he is married, he wants a harem. He is always reaching for the moon and stepping off into space.” – Charles Ponzi

Ponzi was a good judge of other men. He also wrote:

“Each satisfied customers became a self-appointed salesman. It was their combined salesmanship, and not my own, that put the thing over. I admit that I started a small snowball downhill. But it developed into an avalanche by itself.”

That’s the other side we can forget, greed. There were people like Clarence Barron who questioned Ponzi’s business. People neglected the advice as they praised Ponzi.

5/ Fabian strategy. One person who thought that Ponzi’s scheme stunk, was bank commissioner Joseph Allen. Though he doubted the legitimacy he lacked authority to stop it. Ponzi could legally sell notes, take deposits, and make payments. Allen was forced to wait.

But not idly. Allen’s domain(turf) was the banking system, and it was there he set his snare. He watched Ponzi’s accounts (many of which were under aliases). If those accounts dipped too low and pushed the bank’s reserves passed a limit, Allen could act, and he did. When he froze Ponzi’s accounts at one bank it was the beginning of the end.

Fabian strategist use timing as a tool. Allen might have stretched in an attempt to stop Ponzi, but he would have likely failed. Instead he waited to attack Ponzi where he was most powerful. When Napoleon Bonaparte invaded Russia the Russians continually fell back and soon the French armies were strung out and freezing. Gene Tunney withstood Jack Dempsey’s onslaught only to land a few crucial punches at the right time. Charlie Munger deflects options as not worth it or too hard until he pounces. (“I think part of the popularity of Berkshire Hathaway is that we look like people who have found a trick. It’s not brilliance. It’s just avoiding stupidity.”)

Thanks for reading, I’m @mikedariano on Twitter. The audio version of this post is coming soon: iTunes, Overcast, Soundcloud, & Medium.