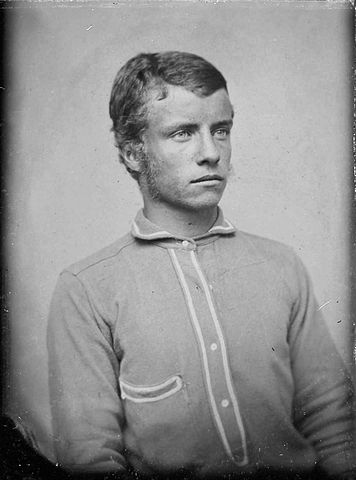 Theodore Roosevelt did a lot before being the 26th President of the United States. In the book Mornings on Horseback, David McCullough wrote about the early life of Roosevelt which has some timeless lessons. Here are six:

Despite being one of the richest families in New York City (and the country) they were plagued with health problems. Roosevelt has asthma, his brother became an alcoholic, and his sister wore a brace for her spine. Beyond that, Roosevelt’s wife and mother died on the same day in 1884.

Money helps, but it’s not the only cure. John Nagl noted when money does and doesn’t work in fighting wars. Kevin Kelly talked about when a lack of money is valuable. Louis C.K. eschewed money in favor of experimentation.

2/ Roosevelt had a real world education. His parents didn’t think much of the schools, so he had a private tutor. When he visited family in Philadelphia he visited the library “every spare moment.” His father’s advice upon leaving for Harvard was to take care of his morals, health, and learning – in that order.

Of course, Roosevelt had the opportunity to learn thanks to the money, but he still did the work. He took advantage of his situation to do the best he could.

3/ Be damn sure you’re right. When Roosevelt challenged more senior state legislators he never backed down because he believed he was right. In one case, cigar makers were forming a lobby to mandate conditions for work. Roosevelt was against it at first, but then visited apartments where cigars were rolled next to “filty bedding.” When he changed his mind he was adamaent, because he had facts to go with his opinion.

4/ Roosevelt was energetic. On friend wrote, “he came in as if he had been ejected from a catapult.” Another said that he was halfway up the stairs before the door swung closed behind him.

5/ Timing matters. There was a shakeup in state political power dynamics right before Roosevelt ran. “The game had opened up just as Theodore commenced to play,” McCullough wrote. Another moment of good timing was starting his ranch in the badlands a few years before the cattle boom. His operation was relatively small, but it rose with the rising tides brought by railroads and refrigerated cars.

Daymond John, Nate Silver and B.J. Novak all benefited from this timing with the tides effect.

6/ Adversity helps. Though Roosevelt was blessed with money, education, and family connections, he had to work for a lot of things too. His health was relatively feeble. Politically he always had an adversary (or two). The wilderness challenged him. People made fun of the way he looked.

He had the right mix of opportunity and opposition. His brother, who was much better looking, funnier, and more jovial ended up an alcoholic. Whether there’s a connection there, I don’t know. I do know that some adversity helps.

Charles Lindberg earned his wings by flying in the worst conditions with the worst equipment as a mail deliverer. Judd Apatow wrote in Sick in the Head that a lot of funny people had sad childhoods. Apatow himself was a product of divorce, and he said he wants to screw up his own kids just enough so that they face adversity too.

While McCullough’s book is only a sliver of Roosevelt’s life, it was a golden one. If you liked this post, you’ll love my podcast, it’s on; iTunes,
Soundcloud, or Overcast.