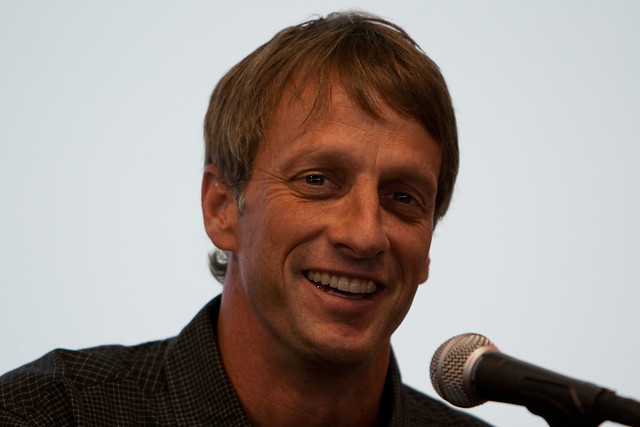 1/ No idle days. “The drive was to keep challenging myself and keep getting better. I think some of my peers got caught up in the celebrity/party aspect, or they reached this pinnacle and they lost their motivation.”

People who are the best are always moving in important areas. When asked how he got so much done explorer Percy Fawcett said he “had no idle days.” Teddy Roosevelt was known to stay up late and work. He’d wake up in the morning and show up to work, “like he’d been shot out of a catapult” said one friend. Gary Vaynerchuk put it this way, “I’m not interested in the politically correct version of everything right now. I’m not interested in having a conversation around how to raise my kids. I’m not interested you imposing your will on me on how I meditate.” The only thing Vaynerchuk is interested in is work.

One way to do this is follow the path of Casey Neistat, Ryan Holiday, and Nate Silver – always have something to work on. When each reaches capacity in one area, they have the ability to switch to another.

Adam Savage spoke about how this helps his process. Savage was stuck on a precision machining task that he couldn’t get right. He switched to something that needed sewn instead and it “was like the wheelhouse I needed to get myself into.” Savage continued, “I think it was firing a different part of my brain…it was totally a change of pace…and the pivot really did surprise me with how invigorating it felt to work with a brand new material.”

2/ In strengths are weaknesses and in weaknesses are strengths. “My style was all about tricks and I got criticized, but eventually I found my strengths and did really well in competition and shut everyone up.”

Hawk explained that when other skateboarders were learning one way, he was doing another. He was too small for the popular “surfer style” and had to learn to skate differently. This ended up paying off, as those skill that people criticized were eventually really valuable.

Strengths in weaknesses and weaknesses in strengths  operates on multiple levels. At the micro level it’s Hawk learning a different style. Zoom out and – Clayton Christensen explained “an organization’s capabilities become its disabilities when disruption is afoot..a process that defines a capability executing a certain task concurrently defines disabilities in executing other tasks.” Zoom out further yet and Nial Ferguson proposed that the silver mines of South America led to a less democratic foundation compared to the more resource scattered lands of North America.

From the personal to the world of business to the global landscape, there are strengths in weaknesses and weaknesses in strengths.

3/The economics of blue jeans and video games. “It was right when the cool washes were coming out. It was very boutique. The designs were cool. Little did we know, not everyone wanted to pay $200 for jeans and that it was going to keep costing us money to produce.”

Marginal cost is the cost of each additional unit. Cars have high marginal costs, software has (very) low marginal costs. Hawk missed this. What was notable was how low the software (his video game) cost to make. He told Altucher that the engine was from another game.

4/TIMING MATTERS. “There was a lifestyle associated with it (skateboarding). There was an attitude. There was a culture that was born out of punk-rock–70’s-pool-skating-surfing.”

Skateboarding blew up because there was a culture ready for it. “Nothing is more powerful than an idea whose time has come,” wrote Victor Hugo.

Hawk also said that he started his company during a downturn in the industry, which meant their advertising dollars went further. He said the X Games helped too.

This is a great story. You have this untapped cultural force (skateboarding) that’s been brought about by punk rock and a California drought (people couldn’t fill their pools, so they skated in them). As this wave begins to break, Hawk is skating in Six Flags parking lots for $100 a day, with no idea of the swell.

Television helped. Before YouTube it was hard to find videos for niche cultures. In 1997 I bought a used VHS of  professional sand volleyball video from a new website called Amazon. Four years later I did the same for a video of ultimate frisbee. Those things were hard to find. Now not so much.

Timing matters in anything we do. Good timing allowed Brian Grazer to get a great office. Poor timing, said Chamath Palihapitiya meant the Facebook phone failed . As the quote from Any Given Sunday goes:

Because in either game, life or football,  the margin for error is so small. I mean, one half step too late or too early, you don’t quite make it. One half second too slow or too fast,  and you don’t quite catch it.

5/Adversity helps. “In the late 80’s and early 90’s pool skating and ramp skating came to a halt because all the skateparks closed due to liability issues and insurance and everyone went out and skated the streets. That’s how all the modern skateboarding was born, out of necessity, going out and making the urban landscape your skatepark.”

It helped the sport when the skateparks closed. This idea goes by other names; blessing in disguise, silver lining – and we see time and again how true it is. Charles Lindberg was a great pilot because he flew tempermental planes in poor conditions. Jocko Willink was a good commander because he was tested and occassionally failed.

“Failure meant a stripping away of the inessential.” – J.K. Rowling

Going back to #4, bad business conditions forced out Hawk’s competition. While things were hard at the time, anyone that made it through would be stronger on the other side.

6/Strive for a deep understanding. “The best advice I have is, you want to learn every aspect of what you’re getting into. I learned it by accident. I didn’t ever want to learn what point of purchase was, or net, but I embraced it because I wanted to be prepared for what was to come.”

A deep understanding helps. When John Chatterton found a U-boat on the ocean floor he booked a plane ticket to walk through a similar one in Chicago – and did so twelve times.

“In the debrief about food for instance, we’re asked, ‘how was it?’ what did you like? why? was there enough for everyone? what did you throw away? How about the packaging – any way you can think to improve it?’ The level of detail we go into helps explain why the food on the station is, for the most part, really good.”

Louis C.K. was only able to make Horace and Pete because he had a deep understanding of all the aspects of a show’s creation.

How do you get a deep understanding? You “stay on the bus.” Hawk said, “I was considered a super nerd because I was still skating, I was doing this kid’s activity. But I loved it.” In some ways, Hawk merely outlasted his competition. If you need to get this mindset, you need to read about the Helsinki bus station.

7/Learning to fall safely. “I’m definitely used to falling, it’s more the like the unexpected falls. When you think you got something and all of a sudden something didn’t go right but you don’t have the time to prepare for the fall, that’s when you get hurt.”

There’s a good way to fall; take one step then go down on your knees, explained Hawk. Those are manageable. It’s the unexpected falls that cause the most surprise. .

My favorite author on this idea is Gilbert Gall who wrote in Systemantics, “COMPLEX SYSTEMS EXHIBIT UNEXPECTED BEHAVIOR.”

In Foolproof, Greg Ip suggested that we never get complacent with our safety. Hawk never assumes that because he knows how to fall (one step then slide on your knees) that he’s safe. Ip noticed a domain blindness. We’ll think we are always safe because we know how to fall, or think we are protected from a fall. For example, we (re)build houses in floodplains and along coastlines.