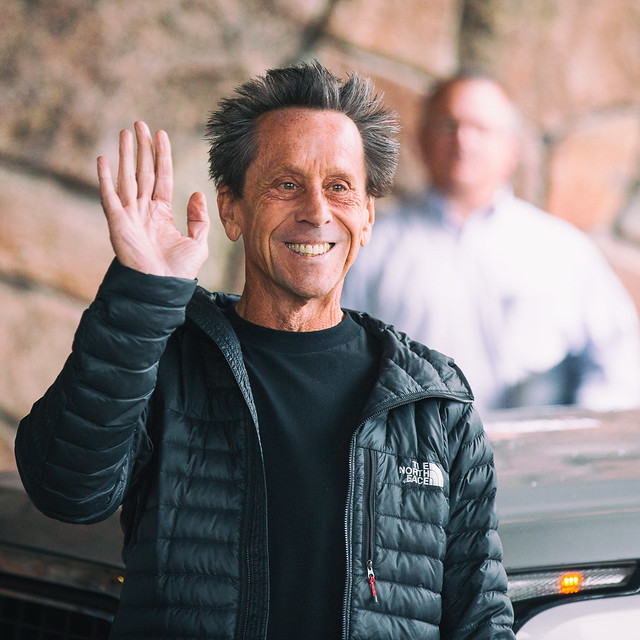 A few things I learned from Brian Grazer.

But first, do you have an antilibrary?

It doesn’t need to be physical. An antilibrary could be like my stack of unread books or an Amazon wishlist, or notes on your phone. The antilibrary is the product of curiosity.

I found A Curious Mind in my antilibrary. A book I read because I was curious.

The great part of an antilibrary is that it will “menace you” (Taleb). These books will remind you of what you don’t know. They will implore you to be curious. They will whisper, “come, get lost, see what you will find.”

Here are 4 things I learned from Brian Grazer’s A Curious Mind: The Secret to a Bigger Life.

We can add curiosity to our tool belt alongside: part of the reason thinking, the outside perspective, filters against folly and others.

2/ “No’s” never stop. Even though he’s successful, people still tell him “no” a lot. “These days,” Grazer writes, “they just smile and put their arm around my shoulder when they do.”

The Tom Hanks movie Splash took seven years to make, and it wasn’t even the Mermaid movie that Hollywood thought would succeed. Grazer heard many “no’s.” The movie succeeded because Grazer was curious. He used each “no” as a chance to be curious. Did someone say “no” because of the director? Was it the script? Did they just not like Grazer? Each “no” forced him to ask more questions – and he got more answers.

There is a lot of rejection if you push forward. Andy Weir and Ben Mezrich heard “no” before becoming best selling authors. Brian Koppelman and David Levien heard “no” when they tried to sell Rounders. Founder of Twisted Sister, Jay Jay French said, “the early days were a struggle, it was constant defeat. Constant rejection.” Curiosity is a way to deflect “no.” It’s a way to keep moving forward, to keep hustling.

3/ ABH, always be hustling. When Grazer started as a messenger in Hollywood, he told gatekeepers he had to hand deliver his messages. He didn’t need to. When a better office opened up, he asked for it. He got it, but didn’t need it. When he moved again to an office that overlooked a walkway he would yell down at people walking by. His boss asked him to stop. He didn’t. (He connected with Ron Howard this way).

Grazer was a hustler.

Each time his hustled, he had to push through a grey area. (Don’t talk to the talent, don’t ask for new offices, don’t yell out the window). He had to be willing to ask for forgiveness rather than permission.

In his snowboarding through Times Square video, Casey Neistat said he didn’t get permission to use Frank Sinatra’s song as theme music, but he did use it.

When Jack Bogle started Vanguard he explained how creating a fund meant that he wasn’t managing a fund. “You’re not allowed to get into investment management,” his bosses told him.

“This fund isn’t managed,” Bogle recalls saying, “And believe it or not, they bought it.”

Paul Graham wrote that to start a company you have to hustle, and worry about the details later:

“There is more to setting up a company than incorporating it, of course: insurance, business license, unemployment compensation, various things with the IRS. I’m not even sure what the list is, because we, ah, skipped all that. When we got real funding near the end of 1996, we hired a great CFO, who fixed everything retroactively. It turns out that no one comes and arrests you if you don’t do everything you’re supposed to when starting a company. And a good thing too, or a lot of startups would never get started.”

4/ Curiosity is a great way to bust your biases. We don’t know what we don’t know, and the easiest person to fool is yourself. If these are the locked and blocked doors, curiosity is the key and crowbar.

My bias was against Grazer, or more broadly, what he represented. What can a Hollywood movie producer who lives in California and has hair that sticks straight up teach me? It turns out a lot. (The story of his hair induced guilt).

That I would not read this book because of who Grazer is, is stupid. That’s how biases work. They sneak in and take root. They hide inside and influence your thoughts. Biases are a (sometimes malevolent) puppeteer. How can we identify a bias and bust it?

Curiosity is Grazer’s preferred tool, but there are are other ways too. Pirates noted that dead men tell no tales – we call it the survivor bias. One way to use Twitter well is to get contrary opinions. Bob Seawright finds a devil’s advocate.

Don’t think you are unbiased, we all lean one way or another, sometimes passively. In her book, It’s Complicated, danah boyd points out that even the software we use is biased.

“Apple’s voice recognition software, Siri, has difficulty with some accents, including Scottish, Southern US, and Indian. 6 Siri was designed to recognize language iteratively. Because the creators tested the system primarily in-house, the system was better at recognizing those American English accents most commonly represented at Apple.”

This isn’t to say that biases are always bad. Sometimes they can help. We should at least be aware them. It’s made a difference for me, without busting my bias, I never would have read A Curious Mind – and you wouldn’t have read this post.

Thanks for reading, I’m @mikedariano on Twitter. If you liked this post, you’ll love my monthly email about books or my own book about why start-up fail.