Colonel Percy Fawcett was explored the Amazon and whose story is told in The Lost City of Z by David Grann. It was an incredible adventure. Here are a few things I learned.

1/ Mind over matter. “Men under these conditions are often broken by their minds succumbing before their bodies,” wrote Fawcett, who forced his expeditions beyond what most bodies were able and willing to do.

Though exploration seems physically demanding, it’s the mental site Fawcett saw break. It was the choice to put one foot in front of the other rather than the act. Navy SEAL, Leif Babin wrote, the same about Hell Week, “it was not a physical test, but a mental one.”

2/ Adjacent possibles. Late in his life, as the quest for Z consumed but eluded him more, Fawcett sought out psychics. His diary became more imaginative than factual. He wasn’t alone in this.

In Thunderstruck, Erik Larson wrote about the Society for Psychical Research:

“The society’s constitution stated that membership did not imply belief in “physical forces other than those recognized by Physical Science.” That the SPR had a Committee on Haunted Houses deterred no one. Its membership expanded quickly to include sixty university dons and some of the brightest lights of the era, among them John Ruskin, H. G. Wells, William E. Gladstone, Samuel Clemens (better known as Mark Twain), and the Rev. C. L. Dodgson (with the equally prominent pen name Lewis Carroll). The roster also listed Arthur Balfour, a future prime minister of England, and William James, a pioneer in psychology, who by the summer of 1894 had been named the society’s president.”

“During the Middle Ages and the Renaissance, maps depicted fowl in Asia that tore humans apart, a bird in Germany that glowed in the dark, people in India with everything from sixteen toes to dog heads, hyenas in Africa whose shadows rendered dogs mute, and a beast called a “cockatrice” that could kill with a mere puff of its breath.”

Fawcett lived in a time when inventions like the Marconi radio (1895) and Wright brothers flight (1899) shifted what people knew to be true. Fawcett wasn’t crazy for seeking spiritual solutions, he was typical. At He was one of the best explorers in the world.

3/ About wearing carpet slippers (1). Fawcett lived through a shift from explorers to academics. One scolded the explorers this way, “what you can do, is state accurately what you saw, leaving it to stay-at-home men of science to collate the data of very many travelers, in order to form a theory.” An explorer retorted that those in “carpet slippers,” should not “criticise those who labour in the field.”

Sometimes we must be the explorers. Samuel Zemurray overtook American banana imports because he was there. Sarah Tavel said technology companies need to be in Silicon Valley. John Nagl wrote about the importance of being there for warfare.

On the other hand, Chris Dixon, Michael Mauboussin and Josh Kopelman all said that being not being there helped.

4/ Economic bubbles. While Fawcett plumbed the Amazon, a rubber industry grew on the surface. And it grew well. Grann wrote about one rubber baron’s house:

“And nothing was more extravagant than the opera house, with its Italian marble, Bohemian glass, gilded balconies, crystal chandeliers, Victorian murals, and a dome bathed in the colors of the national flag. Prefabricated in Europe and costing an estimated ten million dollars in taxpayers’ money, the opera house was shipped in pieces more than a thousand miles up the Amazon River, where laborers were deployed around the clock to assemble it, working at night under Brazil’s first electric light bulbs.”

Soon the rubber bubble popped. Should they have known?

“A bubble,” said Cliff Asness “is where you say ‘this cannot last.’” College football might be a bubble. Towns with fracking saw a bubble.

Bubbles are hard to predict. Jim Chanos said the best you can do is understand history and notice familiar things.

5/ No idle days. When someone asked Fawcett how he got so much done, he replied, “I am a rapid worker and have no idle days.”

Exploration took up a lot of time, but Fawcett also presented findings, wrote articles, planned future trips (and raised money for them), spent (minimal) time with family. He wrote:

“One learns little from a smooth life, but I do not like roping others into the difficulties which have dogged me so persistently . . . It is not that I want luxuries. I care little about such things—but I hate inactivity.”

Successful people seem to be constantly busy with something. Casey Neistat called it “the religion of work.” Nate Silver, Ryan Holiday, and historical geniuses were especially productive because they had different things to work on. They had many irons in the fire. 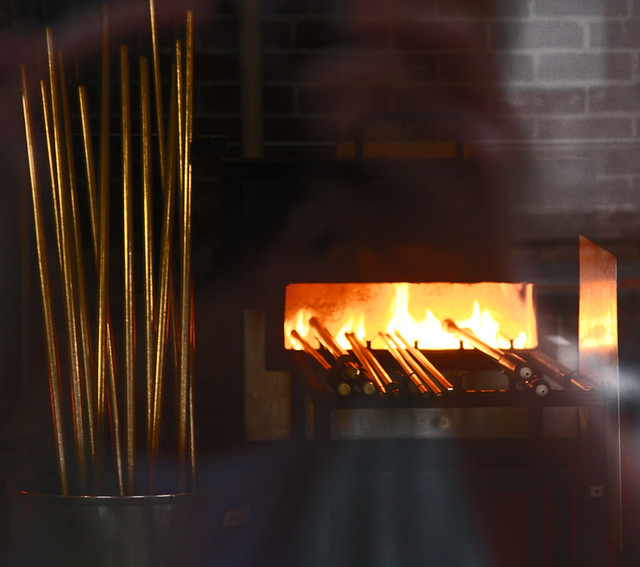 6/ Timing matters. Grann wrote that Fawcett could have explored even more, except for the world war. In 1914 Fawcett had just scouted his next trip, yet, “when he emerged from the jungle he was greeted with the news that…World War I had begun. Fawcett and his two British companions immediately set sail for England. … Though Fawcett was forty-seven years old and a “renegade” from European life, he felt compelled to volunteer. He informed Keltie (a fellow geographer) that he had his ‘finger on important discoveries’ in the Amazon, but was obliged by ‘the patriotic desire of all able-bodied men to squash the Teuton.’”

(1) Nothing against slippers, Teddy Roosevelt took his mother’s to wear at Harvard.