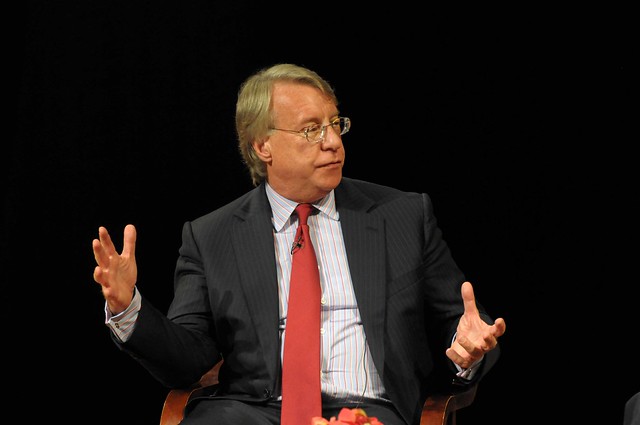 Jim Chanos was interviewed on the Financial Times podcast. I’d not heard of Chanos and  am glad I listened. For background I found Tren Griffin’s post and Barry Ritholtz’s interview helpful. Also, thanks to  Patrick O’Shaughnessy  who suggested this podcast.

Here’s what I learned from Jim Chanos.

1/ Know the pot and the payout.

Summaries of short sellers typically concludes with a warning that shorted positions are asymmetrical. Gains are limited by the shorted prices, but losses are uncapped.

“Any damn fool can see that a horse carrying a light weight with a wonderful win rate and a good post position etc., etc. is way more likely to win than a horse with a terrible record and extra weight and so on and so on. But if you look at the odds, the bad horse pays 100 to 1, whereas the good horse pays 3 to 2. Then it’s not clear which is statistically the best bet using the mathematics of Fermat and Pascal.”

Cliff Asness explains to Tyler Cowen that this isn’t easy to understand:

“I want to ask one of my two older kids (age 12)… ‘Does this (merger arbitrage) sound like a good idea to you?’…There’s about a 98 percent chance they say, ‘No. That sounds like a terrible idea to me, you can lose a lot, you can make a little. Who wants to do that?’ I’d be the proudest pop on Earth if either one of them kind of paused and said, ‘how often do both of those two things happen, Dad?’ Because, that’s the proper question.”

As Sam Hinkie also noted, San Francisco is a great place to live – and an expensive one. The pot for SF was high (no pun), but so was the buy in.

2/ Have the numerate filter at the ready. Chanos is at a meeting about China when he stops a young analyst for confusing square meters and square feet.

Whoa, Chanos thought, “that’s a five foot by five foot office cubicle for every man, woman and child in China.”

To be numerate you just need to be good enough with numbers. To know that 1 square meter is 10 square feet. To know the population of China. To know how to divide one large number by another.

Charlie Munger said that if you don’t get this basic algebra down, “you go through a long life like a one legged man in an asskicking contest.”

Tyler Cowen noted that numbers are not always answers. “Statistics are often telling you what the questions are, not the answers.”

You just have to know enough math, and be ready and able to use it.

3/ Know your history. Wow, does Chanos’s knowledge of history show. He references the 1980’s housing bubble, the Japanese housing bubble, Tyco, Worldcom, and many others. He calls this “pattern recognition.”

This value in pattern recognition is why people like David Chang say, “I can learn more from a history book or autobiography about someone that make a ton of mistakes,” as compared to a book on management.

There’s good reason. Nassim Taleb writes in his review for The Hour Between Dog and Wolf “Great book. I ignored the connection to financial markets while reading it. But I learned that when under stress, one should seek the familiar. Bravo!”

The more history we know, the wider our “pattern recognition.”

4/ Have red flags. “I’m always wary of accountants who become CEOs too. That’s always a bad sign for me,” Chanos said.

Another red flag, people who call meetings to say everything is fine. “I remember that my head of stock loan went to a meeting that Bear Stearns had with its prime broker clients to put them at ease. My partner came back and he was of course less at ease based on that meeting.”

I’ve collected my favorite red flags but missing in that link is the one Chamath Palihapitiya told Kara Swisher. He said that when an early believer bails, it’s a red flag. I found the same thing in my book about start-ups that failed. If a seed round investor didn’t lead the A round, no one else would join in.

5/ Skin in the game. “When it comes to finance, you have this bizarre idea that ‘we just can’t hold individuals responsible for their actions, we have to look at the corporation.’”

The flaw in the criminal justice system, says Chanos, is no skin in the game. This leads to moral hazard and we should know better. Mellody Hobson said her company looks to invest in “leaders who are aligned with the shareholder. If we see CEO’s that don’t own any stock that’s just not good. If we see CEO’s that pay themselves too much, that’s not good.”

When Tim Ferriss played poker with his own money, he played different. Jason Zweig suggested skin in the game as necessary to better predictions and decision making. Nassim Taleb has written A LOT about it.

Decisions change with skin in the game, and Chanos believes for the better.

6/ Ultimate backstop. “Who watches the watchmen?” is the tagline for the Watchmen comic, but is relevant here is well. In finance the question is, ‘who insurers the insurers?’

If Chanos didn’t know, he stayed away, “We thought about it (shorting the US housing crisis). And my fear was: I was worried that we wouldn’t get paid.”

In his book Foolproof Greg Ip addresses this problem of insurance. Who is the insurer of last resort Ip asks? Hurricanes in Florida meant the state got involved. In California the disaster was differed by the state stepped up. Flood insurance is offered through the United States Government.

For large enough disasters – financial, natural, or otherwise – everyone steps up to insure everyone else. When Chanos wasn’t sure who  would “step up,” he stepped away.

Thanks for reading, I’m @mikedariano on Twitter. If you liked these podcast notes, you’ll love my notes on Sam Hinkie’s resignation letter.