Maha Ibrahim spoke with Kara Swisher about her seventeen years in tech. 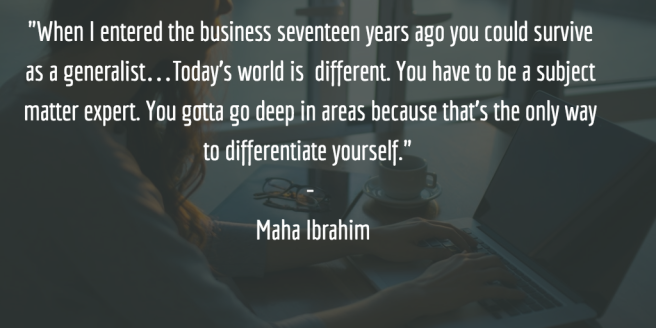 The Brilliant Visionary story skews praise from the situation to the person. This is a mistake. Politics, for example, is full of people whose skills matched the circumstances. Tom Brokaw arrived in California at the right time. Without an interesting governor who would go on to do big things, Brokaw’s career would have been different. So too for Karl Rove (in Texas) and Teddy Roosevelt (in New York).

Timing matters for books too. The Great Gatsby was stacked in warehouses unread. Even further back Martin Luther benefitted from a printing price.

Examples across domains and time is a good way to find true things. “I have a rule that it has to be timeless and universal,” said Ray Dalio.

It’s a skill to separate your work from your ecosystem. Ducks, said Warren Buffett, don’t flap their wings in pride because the tide came in. Conditions matter. In their environment women often have headwinds.

“Every woman had a story (about sexual harassment). Every good man was surprised.” – Swisher

Success despite disadvantage changes the evaluation. In the NFL this is figuring out if an offense was good or a defense was bad. In investing it’s figuring out if you’re brilliant or you were just in a bull market. For leadership questions it’s thinking about what happened at Yahoo?.

This was the tagline for the Tim Ferriss podcast. Why does someone that looks like they shouldn’t succeed, succeed? Nassim Taleb explained it this way to Russ Roberts. 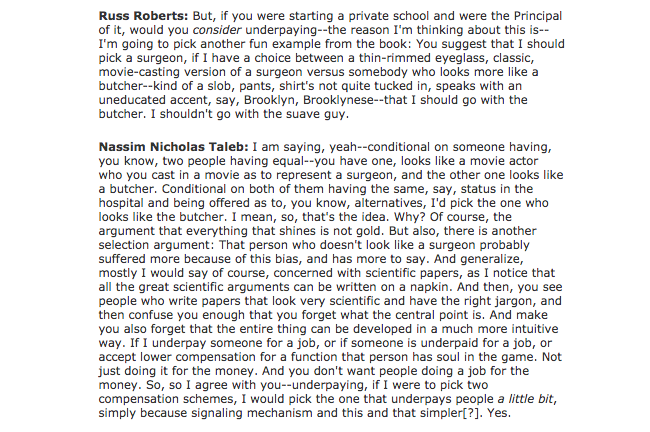 “I’ve been in panels where male investors say, ‘We feel like women shoot for the moon and not the stars. We feel like women are not as ambitious as men.’ They are using that as an example of no female Mark Zuckerberg. There doesn’t have to be.”

In investing this comes up when people talk about David Swensen. It’s good to know what’s made him successful, but you can’t be Swensen. Both David Salem and Charley Ellis are quick to point this out.

“I think Trump has a lizard brain. He understands that people are going to be mad at Bezos later over jobs and everything else. So he’s attacking him on the wrong thing but it’s right.”

Nice people get the benefit of the doubt. Nice people have relationship capital (non-GAAP). Kip McDaniels said this is “underinvested in because it’s not a clear revenue item, it’s a cost on their balance sheet.” Gregg Popovich said basic strategy, talented teammates and relationships are what makes a team successful.

Thanks for reading. Get the weekly email of all my posts and podcast notes here: http://eepurl.com/cYiwTP.

One thought on “Maha Ibrahim”