Scott Norton (@SWNorton joined Patrick O’Shaughnessy on the Invest Like the Best to talk ketchup and it was great. These notes are just a portion of the conversation.

This means to be different. Sir Kensington’s bottle is different. Their story is different. “If they (Heinz) are synonymous with Americana, let’s be British…When everyone else is zigging, how can you benefit by zagging?”

Norton added that this is easier (though not easy) in the in the “ordinary and overlooked” areas. Rory Sutherland noted that marketing/psychology is an effective/cheap tool, especially compared to building things.

Norton calls this the “me I want to be” approach and says that Tesla would never switch to hybrid cars, and “Would Toms have taken off if they didn’t give a shoe for every pair they sold?” Stories matter because we are storytelling creatures. Even small stories help.

Norton noticed the IKEA Effect when he recruited friends to give feedback on early ketchup recipes. This effect, wrote Harvard researchers, increase the valuation of self-made products. But it only works, “when labor results in successful completion of tasks.”

Joe Rogan saw this kind of ownership during his days on New Radio. During readings, said Rogan, cast members were encouraged to add suggestions and the good ones were worked into the script. Other creatives like Judd Apatow and Aziz Ansari do the same thing. Intelligent Fanatic business owners will do this too. Apatow said, I’m not so brilliant that I didn’t fuck something up.

This storytelling actually goes by another name, sales. “There comes a time in every entrepreneur’s life,” said Norton, “when they go, ‘Oh crap, I’m actually a sales guy. I need to learn to sell.'”

“You can’t justify your pricing based on features, it’s gotta be on benefit and people aren’t going to be willing to hear the benefit unless they trust you first.” Norton said that despite mutual friends he was ghosted. What gives? A lack of relationship.

“Even if something makes sense for someone you can’t just skip to that logical point, you have to spend the time building a relationship,” said Norton. Patrick added, “As someone who’s sold on things by others all the time, it’s amazing how infrequently someone starts with you, asking ‘what do you care about?'” When we looked at Sam Hinkie we guessed that a lack of relationships was part of the reason he failed.

After reading The Startup (which Jerry Kaplan commented on!) it was interesting to see that many ideas are too early or late. Blockbuster was too late getting into streaming. Many of the dot-coms were too early. Patrick frames ideas as waves and wonders, ‘are there as many surfers as expected?’ Norton added, for any entrepreneur, “you’re wrong, it’s just a matter of degree how wrong you are and how quickly you can get less wrong.”

The way to get more right, less wrong, and the secret to all business success – according to Brent Beshore is to experiment and then do more of what works and less of what doesn’t. It’s that easy.

Norton did this. “We threw a party. We put invitations in our friends’ mailboxes saying Sir Kensington invites you to a ketchup tasting. People thought we were crazy but they came over and tasted all these ketchups.”

Norton had multiple recipes with multiple vehicles. “We knew if we had one and invited all our friends they would be ‘this is amazing.'” This is the what do you think Grandma? effect that doomed many startups. Grandma’s love blocks honest feedback. Friends can be too nice too, but Norton had a clever way around it – rankings.

After the party, they tinkered with recipes. Norton said they have a growth mindset, ready to ask ‘why’ five times. Curiosity is a form of “intellectual integrity” said David Salem. Norton said, “Everything is a work in progress…(and ask)  ‘what’s working about this, what’s not working about this, and how can we make it better?'”

“Culture is about values,” Norton said, and at Sir Kensington they have four.
1. Our secret ingredient is people.
2. Act with honor even when no one is looking.
3. Make condiments with character.
4. Think long-term.

At key decisions they consider these values. It’s an interesting idea. Daniel Kahneman said to slow down at important decisions. Maybe this articulation is a way to apply a long-term orientation to day-to-day decisions.

Attitudes can be asymmetrical because “The best part of culture is it’s free. It’s free to show up to work fifteen minutes early…It’s way cheaper than beanbag or ping-pong tables.” Ben Horowitz would point out that perks (ping pong) are not culture. Culture said Horowitz, “is what people do when you don’t tell them what to do.”

“A lot of the most interesting outcomes,” Patrick said, “are unplanned,” Norton added that once there are manuals it’s a colony, not a frontier. You know you’re on the frontier once things are kind of scary. Norton said, “I have this mantra, seek to learn that which cannot be taught.”

This is well and good advice but don’t just head out into the woods. Even children learn the rules of the game. This comes from imitation. Mentors and models. Apprenticeships and study. Start on solid footing.

Eventually you can get out there and find “that point where you’re going from the known to the unknown …so you can mentally prepare yourself to be the right amount of afraid.”

Teaming up also helps. “I’ve been tremendously lucky,” said Norton, “to have someone that pushes me and pushes the organization.” Founders should be like sine and cosine waves. Some overlap of strengths, but unique peaks. 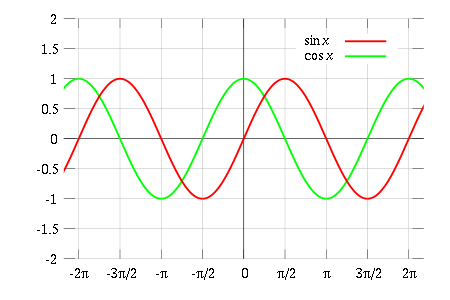 Toward the end of the episode (56:00) Norton talks about his time “http://asiawheeling.com/&#8221;. Without a daily routine, you can train yourself to be readier for the messier. To rephrase it, introducing volatility makes you more robust.

Thanks for reading,
Mike