In the same way that we looked at Amy Schumer’s advice as a hero’s journey, Brian Koppelman and David Levien’s advice as creating a great television show, and Ramit Sethi’s advice as starting a business, we’ll follow a similar path for Amoruso.

How do you run a great business?

1- Start small. “eBay was not my way into the fashion industry,” Amoruso says, “that was not my intention.” She was just bored., Her job, checking ID’s at an art school, left her a lot of free time, and she started hanging out on eBay and Myspace. She started small.

When James Manos was writing on the Sopranos (College) he said that it wasn’t their intention to make something great, just to do good work. Everything great starts small.

Austin Kleon noted that it’s hard. You compare your work to the people you admire and your work stinks. That happens to everyone. 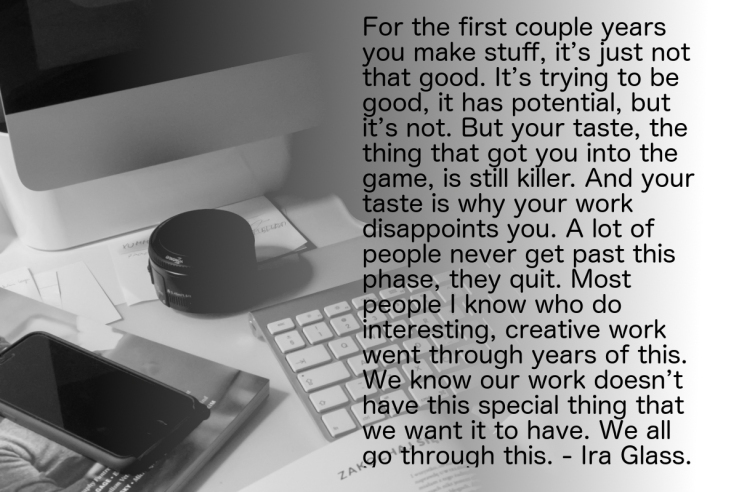 Amoruso had to start small. In listening to her interview and reading her book it sounds like she was/is barely holding on. Start small and you get a chance to strengthen your grip, to get stronger and hold on longer.

2- Have some basic competencies you can build into career capital. In both her interview with Ferriss and in her book, Amoruso briefly explains:

“I had the photography experience. I had cute friends to model. I wore exclusively vintage and knew the ropes. And I was an expert scavenger.”

But she was really good at those things. Plus, Amoruso had skills as copywriter and was willing to learn – she bought the book, eBay for dummies.  She also had enough know-how to style a model. She had basic competencies that she built into career capital.

The good news to this template is that no one starts out as great at anything. The bad(ish) news is that you need to work really hard to be better than other people.

Ken Fisher is a best stelling author, but he wasn’t always that way.

“Not true,” replies Fisher, “because if I had inherited them they would have come to me very naturally, but I worked hard to learn how to write.”

B.J. Novak‘s career show this too. Novak’s parents were both writers, which gave him some exposure to writing, but no inherited skill.

Instead Novak had to succeed in high school and get into Harvard. There, he had to apply 3 times to write for the Lampoon. Then he had to create his own show (“The BJ Show”) and come up with a variety capstone for it. Naturally he needed a headliner and so he had to call around and reach out to Bob Saget.

Amoruso built her capital as she built her business. She got better at taking photographs and trading (negotiating) headshots for hours of modeling. She was attuned to keywords, buzzwords, and tags. Her business and her personal skills (career capital) grew hand in hand.

Note that this isn’t an infinite reservoir. Amoruso couldn’t be good at everything – and we’ll see how she understood that in #8.

3- Learn quickly what works. Amoruso says she would put items up on Sunday nights (the best time) and see what sold. Then she would look for more of that. For the things that didn’t sell, she writes, “I wouldn’t touch anything like it with a ten-foot pole ever again.”

I’m researching failed startups via the repository of stories at autopsy.io and this failure to learn is a consistent feature for failed companies.

One founder wrote that rather than focus on growth they should have aimed for repurchase rates of a certain amount by a certain date. If that didn’t happen then they would know they had a big problem.

Another founder notes that they took a lot of time to build a physical prototype without figuring out what the customer really wanted. “In retrospect, this was a mistake. Instead, we should have released something far more lightweight, and as quickly as possible.”

Amoruso avoided this mistake because she “listened to the audience.” B.J. Novak told Ferriss, “there’s no one smarter than the audience.” When Novak worked on The Office he would test jokes with friends, colleagues, and in front of audiences.

Ezra Klein started Vox because he listened to his audience. Ryan Holiday writes that the best authors listen to their audience before they publish a book.

Economists define the difference as stated and revealed preferences.

Customers and audiences function the same way. A theme at autopsy.io is the number of founders who thought they had shut up and take my money clients but they didn’t.

One founder articulated it this way, “We kept hearing, I’d like to get it for my son/nephew/cousin,” instead of, “That’s super awesome, I want it now!!11!””

To learn quickly you’ll need to see what people do, not what they say. Amoruso saw the dresses people bought, an actual manifestation of the meme.

4- Focus on THE MOST IMPORTANT THING. Two things mattered above all for an eBay fashion store, says Amoruso; silhouette thumbnails and item descriptions. As she leveled up her basic skills (#2) to core competencies she noticed that some things mattered more than others. Amoruso wrote:

“Silhouette was always the most important element in my photos. It was critical on eBay, because that was what stood out when potential customers were zooming through thumbnails, giving less than a microsecond’s thought to each item.”

The other MOST IMPORTANT THING is that you have a good product. “If you have something great,” Amoruso says, “people will talk about it.”

Here’s the deal with THE MOST IMPORTANT THING, it’s kinda hard to figure out, and impossible to prescribe. As time ticks and situations swirl, everything changes.

What do you do? We’ll finish with the advice from Penn Jillette: “the most important thing is everything.” Whatever it is that you’re working on, make sure it gets the attention, love, and effort it needs to be great.

Do great work and you’ll have people pounding down your door, yelling, “shut up and take my money.”

That’s all for part 1, part 2 about gray areas, low overhead, and the most important thing to know is coming soon…

The research I’m doing on Autopsy.io is about the survivor bias. The final output be 100% free, but you need to sign up via email to get it. Emails will be twice a month max, and at the end I’ll email you the final outcome.

19 thoughts on “Sophia Amoruso (part I)”