Conspiracy by Ryan Holiday was good and the one that Holiday alone could write. Like a good song, Holiday establishes a pattern for you to tap your feet to; historical example and explanation followed by current events between Gawker, Thiel and Hulk Hogan with plenty of callbacks to earlier ideas as you go along.

If each chapter is like a song, then Machiavelli is on the drums. It’s his book – not the The Prince, but Discourses on Livy – that Machiavelli advices conspirators and that Holiday uses to set the tone.

Conspiracy plays the lead guitar and does vocals. Some parts are strained but Holiday makes it work and tells the story well.

Why was it a conspiracy? Who were the conspirators? What was conspired?

Each question is addressed but there are no final solutions.

This post will focus on the bassists, Perception. How do you see others, how do others see you, how do you see yourself? That’s the story that I expected from Holiday. Maybe he didn’t write it because he’s been down that road. Trust Me I’m Lying is his book about stories, perception, and marketing. Holiday’s books on stoicism – his recommendation of Meditations changed my life – are about managing your perception of the world. It’s about learning to see the obstacle as the way.

Gawker thought others saw them as benevolent. They were the kid in high school who was an outsider, like you, but at least they were able to crack smart at the cool kids. When they outed Theil, Gawker snickered. When they defied a judge’s orders they did so while rolling their eyes. Gawker succeeded because people wanted to see the world through Gawker’s eyes.

Gawker failed because the world changed what it wanted to see. At one point in the book Holiday notes the importance of AWARENESS. Thiel is aware, overly so. Terry Bollea (Hulk Hogan) has the word tattooed on his arm. The Gawker legal and editorial teams are not. They fail to change as the world does.

Holiday uses historical context to support his point. I’d wager that there’s more American presidents not named than named, but it’s close. In this kind of writing I just have to trust that Holiday understands the facts, explains them as best he can, and doesn’t miss something. This is the crux of any writing, how does the author learn then explain enough to tell the story?

I enjoy Holiday’s (email) booklist. I know he has learned a lot. But after I read the book I wondered, is that the lesson from Lincoln? Was that a small or larger part of Churchill and Roosevelt’s relationship? Did Holiday cherry pick from his readings read or did he separte the wheat from the chaff?

In reading A Man Called Intrepid, I’ve come to see the importance of managing perception  – as best one can – during the build up to the First World War. Churchill inspires the British. He persuades the Americans. He resists, but doesn’t antagonize, the Germans.

Roosevelt convinces Churchill he’ll come to his aid. He arm-locks Joseph Kennedy. He ‘Gets out the vote’ and then sends the voters off to war. Facts through one set of lenses we see one thing, through another set we see something else. From the book:

“We shall be worse off if we get too far ahead of public opinion,” Churchill wrote. He understood how people perceived him.

Germany with hindsight, is the universal bad guy. “President Roosevelt’s support for Churchill’s rebels must have begun almost unthinkingly. Hitler was set upon a monstrous course that seemed sure to bring disaster. Yet many in the United States, struggling with the Depression and disenchanted with the quarrels of Europe, saw only the economic success of Nazi Germany and not its evil roots.”

Churchill and Roosevelt weren’t the only ones swaying hearts and minds. Author William Stevenson points out the “fifth column,” sympathizers within a city loyal to the insurgents. “Hitler was sure that the Nazis could conquer America by propaganda.”

Rory Sutherland likes to point out that this is the beauty of marketing. Marketing, he says, is like magic – it creates value from nothing. Why is a Tiffany’s box different?

Sometimes it’s said that he best investors are contrarians. Theil has written about this, and so have we in this post Zero to One. “Be different” might not be the best definition.

The best investors are the most perceptive. They’re they ones who perceive the current situation the most accurately. It’s what Gawker failed to do when they underestimated the lawsuit. It’s what Thiel did correctly, when he brought it. And the roles were switched after the trial, when Nick Denton was the most accurate of how the world was.

Holiday’s book isn’t the best book I’ve read this year, but it’s a good one. It’s like a flag blowing in the wind. We can see how things are now but that’s not to say things won’t change. We will end this post where Holiday’s book begins. 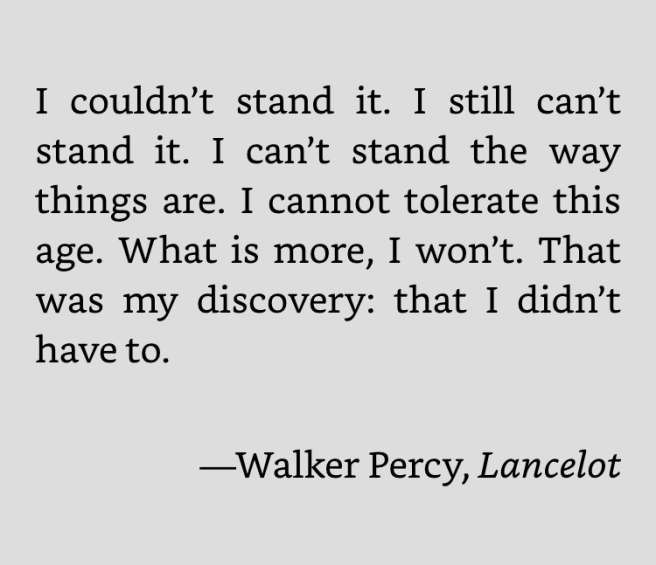