Joshua Foer (@JoshuaFoer) joined James Altucher to talk about memory, his book Moonwalking with Einstein: The Art and Science of Remembering Everything, and a menagerie of other ideas.

The interview mostly focuses on Foer’s book, which is good. The book follows his path from a single article for Slate, to a chance to be the United States memory champion. But what can we take away from the interview?

– What is gonzo journalism? Do you like it? If so you should read a lot more of it.

– Memory is not wisdom. Wisdom is something different.

– How to remember a name.

– Advice for your next birthday party.

The interview begins with James saying, “I like the genre of journalist who become the stories.” I have to agree. Foer’s book is good and so are the Ben Mezrich books. People say good things about Neil Strauss too. Foer, though, says James, “took it to a whole new level.”

It started right after he wrote the article says Foer. At that point he had just begun his freelance career. After the memory championships, and a day with one of the participants, things changed. He started to see memory competitions  as something he might be able to do. Once he set that course and started to train for the United States memory championship he decided he was in it to win it.

James confesses that sometimes if he gets over invested in one area of his life it’s because he lacks something from another. I’m not sure how that relates to James, but I do know how it relates to rats.

But, here’s the good news. When rats are moved to a rich environment, as Stuart McMillen’s artwork depicts, they happily play, fornicate, frolic, and do other lab rat things – even though the morphine is still there.

The theory isl that the rats get their neurochemical fix from the things at the park rather than drug in the water.

Enriching environments are good for us too, as is the case for Foer’s adventure into memory competitions. Plus, it made a great book (though he still forgets where he puts his keys).

Memory and Wisdom, Apples and Oranges.

Memory is not wisdom. Or intelligence. Or smarts (street or otherwise). It’s just memory. “A mistake we often make when we talk about memory,” Foer says “is to think about it as a single monolithic thing.” Memory matters in context and this is the idea that you and I should – err – remember. How so? 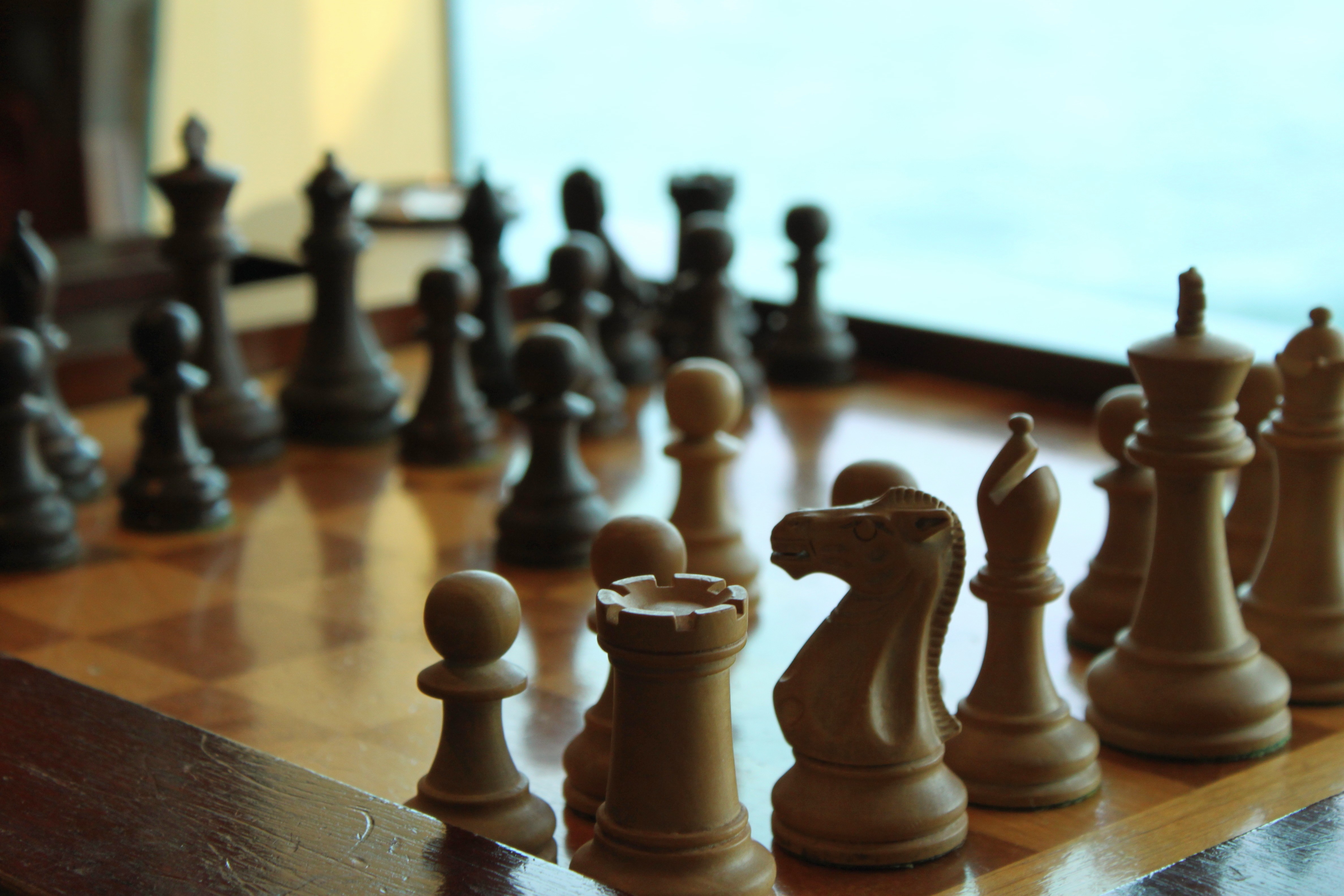 So the thinking went, grandmasters must have a much better memory than everyone else, and they did, but only if the pieces were on the board in a way that could have actually happened. Makes sense. Now let’s tweak things a bit.

However, if the pieces were arranged so that that board configuration could never have actually happened. Imagine a five year old girl uses a chess set as an art medium. In those cases the 3 groups had about the same memory. What gives?

Context matters. We process information through different lens, patterns, and structures says Foer. He continued, “it goes on in all walks of life, a great memory comes with interest and rich neural networks.”

We can all become a grandmaster in our own field, but we have to dive deep and study.

It’s why Bill Belichick – 6 time Super Bowl Champion spent so much time early in his career studying film. In The Education of a Coach

, David Halberstam writes this, quoting a coach who worked with Belichick:

“I think a lot of it came from the fact that he had not played big-time football and because of that he felt he had to work twice as hard as anyone else to prove himself, to prove his bona fides. He was someone who simply was not going to be denied. He was not very different back then when he was just starting out then he is as the coach of a team that has won three Super Bowls.”

Look also to Gary Vaynerchuk. He tells the story of showing up at SXSW  in 2007 to look for something to invest in. He found Twitter. Let Gary tell you what happened next.

“Don’t let anybody bullshit you. Everybody was like, this is the dumbest thing I’ve ever seen. This is stupid, who cares. Nobody cares if you eat a hotdog…and I was like, wait a minute, I think this is like email.”

And it’s all the better if you like the process. It’s what Chris Hadfield said about becoming an astronaut, he might not make it, but the journey along the way would be good. It’s why Gary Vaynerchuk said that he loves the grind.

The process. The grind.The film, the books, the study. Those are the things that build the lens for where we create a powerful memory.

Learning how to learn

Foer charged forward. He started to practice more. He memorized entire sheets of random numbers, license plates, his credit card. His memory seemed to know no bounds, until he reached the “okay plateau.”

Foer had to focus on deliberate practice. In the book he explains it like this.

“The best ice skaters spend more of their practice time trying jumps that they land less often, while lesser skaters work more on jumps they’ve already mastered. Deliberate practice, by its nature, must be hard. When you want to get good at something, how you spend your time practicing is far more important than the amount of time you spend.”

Tom Rath told Altucher that if you have some natural ability at something – Lebron James in basketball, Neil Gaiman with stories – that you may need fewer hours. Robert Greene said that your hours might not need to include deliberate practice at all. Scott Adams admits he’s mostly mediocre at individual skills but world-class when those things come together.

What gives then? Do we need 10K hours or can we hack our way?

It’s a bit of both. When we find ourselves plateaued because our natural skill or practice techniques have stalled, we need the boost of deliberate practice.

Who we are born as and early parts of life contribute to expertise. Bill Belichick evaluated football game film with his dad at age nine. Those hours count towards something. If you want to improve, like Foer, you need to climb higher than the okay plateau. In those cases you need to be deliberate in your practice. It’s how Steven Martin succeed, and not as an actor.

Martin – in an interview with Charlie Rose – said that he’s asked all the time about how someone can break through in entertainment. But, he says, “nobody ever takes note of (my advice), because it’s not the answer they want to hear.” People ask Martin about how to get an agent or sell a script.

Brian Koppelman says the same thing happens to him when he talked with Seth Godin, who added he sees the same thing in business. People don’t ever want the real answer, they want the quick solution.

I’ll summarize what their answers are: do the work.

Martin won a Grammy award for playing the banjo. How does someone achieve so much in two time intensive fields like acting and music? By doing the work.

Martin says, “I couldn’t even play an instrument in high school,” and “my mother played piano well and my father sang, but I inherited neither. I guess I sang like my mother and played piano like my father.”

To learn the bango Martin would buy a record and play it at half speed. As it turned, he would pick along. Then he would do it again. “That’s how we all did it,” he tells Rose.

In Moonwalking with Einstein, Foer writes that Ben Franklin did the same thing:

”Benjamin Franklin was apparently an early practitioner of this technique. In his autobiography, he describes how he used to read essays by the great thinkers and try to reconstruct the author’s arguments according to Franklin’s own logic. He’d then open up the essay and compare his reconstruction to the original words to see how his own chain of thinking stacked up against the master’s.”

When you need deliberate practice, those are two places to start.

Here are a few other tips for learning.

How to remember someone’s name.

Finally, something we can really put to use. “The key,” says Foer, “is to figure out how to make an association between something about the person’s physical presence and the sound of their name.”

James said that “Altucher” is like “I’ll touch her” said quickly. “Perfect,” Foer responsed. To remember this he’ll look at a picture of James and imagine he’s acting like a creep around some woman. That is memorable.

Foer’s name is even easier. “It’s pronounced like the number four,” Joshua says, “so imagine taking a steak knife and carving a bloody four into my forehead.” Also memorable.

Each of these examples emphasizes the bizarre, novel, and unforgettable hooks that can help us remember things.

Soon after I read this book I ran an orientation weekend at a local college. There was one girl, Hanna, who I pictured in a banana costume. Each day when she came in she must have thought I was in a good mood because I always smiled. I was happy she showed up, but really I imagined a student dancing into class dressed like a banana.

These tricks are good for names, but we don’t need them as much as we used to. Memory techniques mattered much more when we had to remember not to eat that plant or go near that animal.

Today we need the ability to read often and broadly. Tyler Cowen likens it to managing the water out of a firehose. If you can handle the flow, you’ll have more of an advantage.

How does what we know about memory translate into the bigger ideas of life? We can start to think of the unique events as landmarks and populate our experience with more of them. Ed’s – a character from the book – 25th birthday is recounted as this:

“Glittery textiles hung from the rafters to the floor, dividing the barn into a collection of small rooms. The only way in or out was through a network of tunnels, which could be navigated only by slithering on one’s belly. The space under the grand piano was turned into a fort, and a circle was formed around the fireplace out of a collection of raggedy couches that had been stacked on top of tables.”

Add in a room where balloons were stacked “neck deep” and you have a truly memorable event.

You and I may not need to have this sort of investment into an event, but we can takeaway the idea that novel and new things are easier to remember.

Thanks for reading. I’m @MikeDariano on Twitter. If you enjoyed these notes do pick up Foer’s book, Moonwalking with Einstein.

If you were inspired at all about doing the work to become a grandmaster in your field check out Steven Pressfield’s Do the Work: Overcome Resistance and Get Out of Your Own Way

Pressfield writes about movies, memorials, art, and more but it’s all an analogy. If you want the blueprints for a better career, for the path to grandmaster, it’s there.