Gretchen Rubin (@GretchenRubin) joined James Altucher to talk about habits, happiness, and answer why she was so unhappy in the first place (she wasn’t, and gives a good reason).

Rubin is the author of a trio of books that James seems to have enjoyed. The Happiness Project, Happier at Home, and her latest, Better than Before. In that final book Rubin says that she discovered that there is no one sized fits all approach to solving our habit (or any) problems. It takes a lot of experimentation and mindfulness, something that Brad Feld (episode #91) mentioned in his interview too. It’s a theme among the podcast guests that you have to experiment to find your own solutions. In her interview Rubin admits that she found that novelty and challenge made her happier while adventure and travel did much less for her.

One of Rubin’s discoveries during her exploration of habits was that people have range of aptitudes for creating habits. Like some people are better at cooking, or building websites, some people will be better at creating habits. Taking a moment to think about the habits you want to build is good, and it’s what Scott Adams called the right kind of selfish.

If you do selfishness right, you automatically become a net benefit to society. Successful people generally don’t burden the world. Corporate raiders, overpaid CEOs, and tyrannical dictators are the exceptions. Most successful people give more than they personally consume, in the form of taxes, charity work, job creation, and so on.

Rubin says that beyond that “happier people are more altruistic” and “when we’re unhappy we tend to get defensive and isolated and pre-occupied with our own situation.”

This conversation reminded me of a recent Facebook post from a friend. She’s one of the many parents who faces the trade-off of personal well-being and taking care of your kids. It’s important to have some kind of good selfishness.

Rubin began this journey of habits, health, and foremost happiness not because she was unhappy, but rather “I was taking my happiness for granted.” She wanted a better sense of appreciation for the things she had. Past guest Wayne Dyer has built his books on this idea, noting that even if all you have is your breath, or your mind, you still have something to be thankful for.

So, Rubin began a year long project of building up a collection of habits that would let her “have a greater appreciation for what I already had.” One discovery was that when she built habits, time would either speed up or slow down. It can “dampen our emotional reaction to things” she tells James. For Rubin this meant that the anxiety producing act of driving became less angst filled when she did it more often. Examples like driving were some of the low-hanging fruit examples that brought her happiness.

She also saw that “energy makes everything easier.” She noticed that if she had good energy levels, she could act in the way she wanted much more easier. Daniel Kahneman writes that “self-control and deliberate thought apparently draw on the same limited budget of effort.” We want to take a certain course, the one of least resistance as worn smooth by our habits. If this course isn’t what we want though, it takes some effort to change.  It reminds me of sledding with a young child. You get on, aim away from the tree/creek/other people, only to have your sled turned by the well worn grooves of other riders. You dig your heels in to change course. That mental heel digging takes energy. Willpower takes energy in the same way that solving a difficult problem would. If you want to do something different, you need to summon a surge of energy or build new habits that don’t require that surge.

Rubin also found that the acting and feeling dichotomy echoes what A.J. Jacobs said. In episode #94 Jacobs quoted Millard Fuller saying, “It’s easier to act your way into a new way of thinking than to think your way into a new way of acting.”  Rubin found her experiences similar, telling James, “a lot of times people feel we act because of the way we feel, but in fact to a very great degree, we feel because of the way we act.” Kahneman also found that just smiling or frowning can affect your thinking. 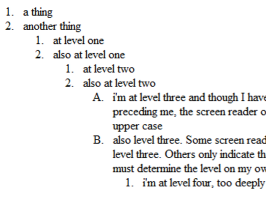 Rubin continued her experiments, picking up pieces and seeing their fit like a child might put together a Lego house, then a boat, then a castle. She found that children know how to make friends easily but adults find hard it more difficult. “It’s really hard to make friends as an adult” she tells James. Our problem, Rubin suggests, is that we don’t take a moment to ask why it’s so hard. She says that we don’t – in the words of Jack Canfield (episode #90) – take our whacks at the tree. “Keep asking why,” Rubin says, and you’ll find an answer.

James addressed this in a very specific way in episode #223 of his Ask Altucher podcast; “How Do I Execute?”. He said that execution “is just a subset of ideas.” James goes on:

When you have a good idea, the next day make your list of ten possible next steps to execute on this idea and all of these steps should be stress free.

A more explicit tip Rubin suggests is to find triadic closure, which I had to find on Wikipedia because it sounded too wild to believe (the term, not the principle). The idea is that you should make friends with your friend’s friends. If you know Kim and Kim knows Dan, then you should try to become friends with Dan. Rubin admits that it seems odd thinking about friendship in anything less than organic terms, but if it’s your best thinking that’s got you where you are, maybe you need to change your thinking.

Another tip that Rubin has is to start a group. It doesn’t matter if it’s a children’s literature book club. If you do choose a group, make sure it’s something you’re really interested in. Adam Grant (episode #73) told James that people who volunteer for causes they don’t care about, or aren’t invested in, get burned out much faster.

There was the month – NaNoWriMo – where Rubin wrote a novel. There was a month of trying to be better in her marriage and with her kids. She found out that nagging doesn’t work, that six second hugs are great, and that it takes thoughtfulness and mindfulness to fight right. After her experiments she tried to be more mindful of things, to the way she talked with her kids to the way she postured her body during writing. She experimented her way to four big ideas for happiness.

James asks what a “cubicle dweller” might do to make their life happier and Rubin suggests that you start to list out the things in those four categories that would make you happier. What are some of the more good things and some of the less bad things? If you’re reading this and listening to the podcast there are a whole host of of shows you could dive into. Here are a few of my current favorites.

Finding podcasts actually became a solution to a friend of Rubins. At first her friend thought she hated her job. After diving deeper into the problem though, she realized that it wasn’t her job as much as it was the commute. Filling that time with audiobooks and podcasts changed her view. This is what Stephen Dubner (episode #20) calls solving a small problems. Small problems are easier to solve because they have easier solutions. He’s putting the same ideas of Rubin and Canfield into effect.

A personal story of my own was when my first daughter was born. I realized – in hindsight of course – that there were certain days I lost my temper. Why was that? It turned out, the reason I was so short with my daughter and wife was that my legs hurt. My hips were misaligned because my hamstrings were too tight. My hamstrings were too tight because I was sitting down too much. If this were a corporate flow chart it would look like this:

Only after I realized this sequence did I begin to understand how to solve my problems. Diving into deeper good solutions like this is told in the story of cholera in 1850’s London. A middle of the century outbreak was causing hundreds of people but no one knew the answer. Not until Dr. John Snow began asking questions, diving deeper and deeper, did a solution appear. The problem was the water. By disconnecting a single pump handle, the outbreak was squelched.

If you takeaway anything from Rubin’s interview, it’s that you should start tracking something because “anytime we start monitoring something we do a better job with it.” she tells James. Track, experiment, change, tweak, repeat. Also, pick up a book or two from Rubin for a good idea on where to begin your own happiness project.

Thanks for reading. Mike – @mikedariano.

If you want to join a group, The Waiter’s Pad book club will be starting soon. If you have book suggestions or requests, let me know.