Tadas Viskanta (@AbnormalReturns) joined James Osborne (@BasonAsset ) on the Bason Asset Podcast to talk about his history with blogging, why he’s not a gatekeeper, and why he no longer researches cancer drugs. Plus Osborne shares a story about how your investment portfolio is  like a sleeping baby. Our table  of contents.

– The timing of Tadas Viskanta.

– A clear head in an unclear world.

From Black Monday to Anonymous Blogging.

Viskanta tells Osborne that he’s been in the financial world a long time. “I remember the real Black Monday in 1987,” he says. Viskanta had different roles, from advisor, to investor, and a hedge fund. After the fund closed, Viskanta wanted to write about his experiences. He put together a book proposal and it was bought for a million dollars and turned into a movie with Matt Damon. Wait, wait, wait, that wasn’t Viskanta. That was Andy Weir.

What happened to Viskanta was nothing. Which is incredible to think about. Imagine if he had been 5, 10, 15 years later. What would someone pay for his story? But, says Viskanta, “this was all before hedge funds were a household name.”

Timing may not be everything in life, but it sometimes it plays a huge role. Trip Adler thought of Uber 3 years too early. Seth Godin got out of the stock market just in time.

With ideas for a book, but no book to put them in, Viskanta turned to blogging. This was blogging in 2005. This was when blogging was used in sentences with, “your parent’s basement.” Viskanta started writing anyways. The blog grew.

As it grew so did the industry. It’s much more “semi professional now,” Viskanta says, “but something is lost as well.” I think he was referring to institutional memory. Jason Zweig says that he sees the same thing. While blogs (and Twitter), may be a great way to get news, there’s greater odds for sensationalism. There’s clickbait. There’s a lack of accountability and tradition.

But, as Sanjay Bakshi told Shane Parrish, we should think in terms of tradeoffs. Bakshi compared the portability and search of a Kindle book to the paper and tangibility of a physical book. Think net net, Bakshi says, and you’ll see that one works better for you.

Net net, blogging is good. It’s a meritocracy (mostly) says Viskanta. People like Josh Brown (The Reformed Broker) and Ben Carlson (A Wealth of Common Sense) can reach wide audience because they have the skills to pay the bills.

Viskanta’s blog, Abnormal Returns, has been “forecast free since 2005” on purpose. We generally aren’t good at predictions, Viskanta says, plus he feels an obligation. “If you get someone into the market,” he says, “you need to get them out.”

Viskanta’s growth as a blogger has come from an ability to wisely figure things out. This comes from having a clear head in an unclear world.

Clear headed in an unclear world.

It is a noisy world we live in. Thanks to blogs and Twitter (remember, net net we like them) it can be hard to filter the right things and learn from them. Tyler Cowen said that he’s thankful he straddled the internet and pre-internet worlds. It gave him time to learn and think. Michael Mauboussin said that living somewhere without the financial cacophony may be part of what makes someone a better investor. Jason Zweig said Warren Buffett left New York because too many people were trying to whisper in his ear. But you can’t quiet everything.

“You can’t block out all the noise,” Viskanta says,  “you have to be much more of a conscious consumer.”  Viskanta finds “an amalgam of stuff.” This diversity of information, he says, helps him figure out what’s important and what isn’t. The problem is that no amount of filtering can outsmart our reptilian brain.

How to outsmart your reptilian brain.

Our brains are awesome. Think of everything your brain does, actually you can’t. There is too much information in the the preattentive parts of your brain that the conscious part can’t address it all even if it wanted. Your conscious brain is like a tall Starbucks drink. Your preattentive brain is like the vats of Pumpkin Spice mix in a Seattle warehouse. 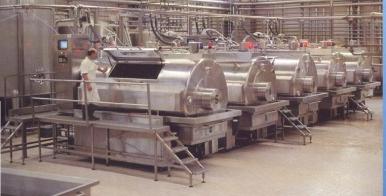 But, we are not at a loss. Osborne wonders if we’re getting anywhere with all the reading, learning, sharing, and writing – or if people will always have knee-jerk reactions to swinging financial markets. Then he tells the parable of the sleeping baby.

When Osborne’s daughter was born, she didn’t sleep well. It was 40 minutes at a time, max. This meant that she would wake up in the middle of the night, start to cry, and Osborne and his wife would struggle to get her back to sleep – and remain cordial to each other. He told his story to a friend who said he should formulate a plan ahead of time.

Formulate a plan? Ahead of time? To deal with rocky situations? It sounds like Osborne could do that, being a financial advisor and all. Things immediately changed. “You need your system to be smarter than you,” says Osborne.

Nick Murray said this too, “the dominant determinant to long term financial outcomes is not investor performance, it’s investor behavior.”  It’s more about how you act rather than what stocks you pick. But how do we act in a logical way when our reptilian brain does so much without us even noticing? We have two options.

In their book Mean Genes

, professors Terry Burnham and Jay Phelan write that we may not act logically when we eat too much food and save too little money, but for good reason. For thousands of years a large waist was a savings account. It made sense then, it makes less sense now.

We can take this idea and apply it to situations (from bedtimes to bad markets) in two ways.

When the market drops, and shows red what can we do?

Josh Brown wrote about “a little trick.” When the market plummets, he enters ridiculously low buy orders. He’s (probably) hijacking the neurologic risk train to arrive at the station of opportunity rather than fear. Osborne suggests we can pre-empt our urges by giving our trading password to our brother-in-law. That way we we won’t get caught up in the moment.

Solving this problem does lead us to another. Even if we create a switch that takes us down another track, how do we know that track is better? How do we avoid confirmation bias? 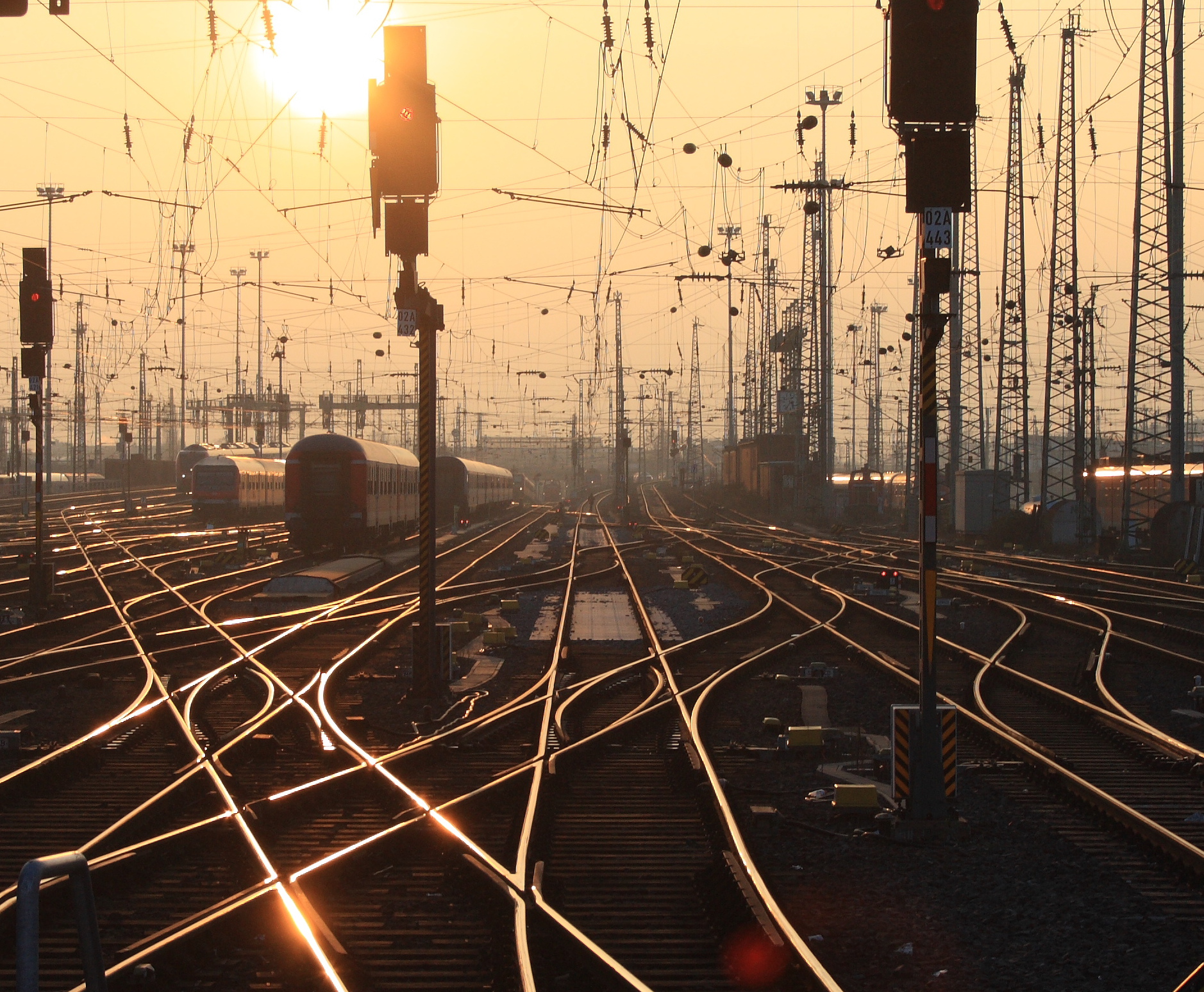 How to avoid confirmation bias.

“That’s the $64,000 questions,” Viskanta says. Confirmation bias is the tendency to seek information that fits within your existing system of beliefs. It’s seen in football fans who can watch the same gritty game and say their team was “tough” while the other team was “dirty.” It happens because our brains like to fit things rather than fix things. Our brains like to keep things easy. Which means avoiding confirmation bias will require work.

Viskanta says that he does this by reading a diversity of news, and;

Both of these require a bit of effort, but our other confirmation bias busters do too.

“Figuring out the next big cancer drug is not a good use of my time,” Viskanta says. Now he looks for “slam dunk” opportunities. The big investors featured here all mention this; Mark Cuban, Chris Sacca, and Gary Vaynerchuk all say they focus on businesses where they personally can make a difference. Naval Ravikant said that his biggest mistakes were giving too much of his time to other people.

Time is valuable, spend it wisely.

How to wisely spend your time.

What do you do then? Well, if you’ve been reading a long time you already knew, read. (Or reread).

@mikedariano It is always better to re-read a great book than a lousy new one. I've read Misbehaving by @R_Thaler twice already. It's great!

Rereading is an underappreciated bit of advice. One great book will always be better than a few good ones. And be careful about the noise. Naval Ravikant said he read Stephen Dubner’s Freakonomics and liked it, but as they produced more material, the quality has started to dip.

Jason Zweig said he basically writes the same thing over and over. Why, because that’s all there is to know, a few key points. We can apply the same to our reading.

Osborne says he’s gotten to the point where he’s not sure if he should recommend books. It’s so personal he says, how does he know that a book will be as meaningful to someone else?

He doesn’t and he can’t, but he should stills hare. Old wisdom rules the day; when the student is ready, the teacher appears. If you read a book, and it doesn’t make sense, forget it. Move on, get more suggestions. I share mine in a monthly email.

Thanks for reading. I’m @MikeDariano on Twitter if you want to connect. If you liked this post and want to work together, please get in touch.