Serendipity led me to this video of Seth Klarman from 2009. Here’s what I loved about it; it’s timeless.

No matter when you watch it, it’ll be valuable. We say it over and over again here, if something is true over time and domains it’s valuable. Hopefully this blog demonstrates that. It’s why we range in topics from Skunk Works to Walt Disney to Marc Andreessen and Ben Horowitz.

1/ XMBA.  “I learned an enormous amount there (Mutual Shares), probably more than in my subsequent two years of business school.”

David Chang framed it the same way. Graduate school or restaurant? Chang figured he’d learn the same at either, so he chose to start a restaurant.

Shane Parrish created Farnam Street as a sort of XMBA. Tim Ferriss did it via investing. The Wright brothers often skipped school to focus on learning whatever interested them at the moment.

Want to get your eXperiential Master’s degree? Be like Klarman and just keep learning.

2/ Imitation is a fine place to start.  “We always follow value principles but try to improve on them through in-depth fundamental analysis and detailed research.”

Klarman studied the Benjamin Graham, Warren Buffett, and Charlie Munger style of value investing. It was a good start. Later on in the video, Klarman emphasized having a niche.

“A lot of people mock fandom and fan fiction,” wrote Felicia Day, “like it’s lazy to base your own creativity and passion on someone else’s work. But some of us need a stepping-stone to start.”

Stephen King encouraged new writers this way, “stylistic imitation is one thing, a perfectly honorable way to get started as a writer and impossible to avoid really.”

Jason Calacanis told Tim O’Reilly, “I copied everything you did coming up. You’re my inspiration for a lot of what I do.”

Anson Dorrance pilfered bits and pieces from other college coaches for his program at the University of North Carolina.

Start by imitating, but move to being different. Walt Disney imitated cartoon animals before he settled on a mouse. Warren Buffett imitated Benjamin Graham before forming his own style. Klarman imitated Buffett before moving on.

3/ Who are your stakeholders? “The more flexibility you have, the better your ability to maneuver in complicated, volatile, and fairly competitive markets.”

Klarman, and Wesley Gray, both try to get the right kind of stakeholders to invest with them. It matters who you answer to.

Klarman explained that if he had a narrow mandate like investment grade debt he would be handcuffed. It’s better to have “more weapons at your disposal.”

Look at real estate for example. Klarman explained that someone could invest in actual real estate, REITs, bonds that back real estate and so on. Had his stakeholders limited his choice, he would have had fewer options, and options are good.

Jack Schwager and Barry Ritholtz talked about Plan B as a form of having options. Napoleon Bonaparte had no religion and rode the political trends like a teenager follows music. Judd Apatow said he only has options now because he did good work years ago.

The second goes hand in hand with Low Overhead. Apatow remembers visiting Jerry Seinfeld’s apartment early in his career. There wasn’t much. It was minimal. Apatow asked why Seinfeld wasn’t jumping into the type of sitcoms that were popular at the time and Jerry said he was waiting for the right opportunity. He could afford to wait because kept a low overhead, because he limited his stakeholders.

4/ Exploring niches.  “We don’t think we’re the best analysts of business, but we are good at complicated situations. The messier the better. We like situations with a catalyst.”

Klarman started by imitating (#2) and continued learning early in his career (#1). He explored niches and found his own areas of focus. Klarman landed on messy situations with a catalyst.

Klarman explained that a catalyst is some event that triggers investors without the same flexibility (#3) to sell. If a stock is taken out of the S&P 500, that’s a catalyst. Spin offs are catalysts. Downgraded debt is a catalyst.

Note here that each of these conditions are external observations, that may or may not be true. “A rose by any other name would smell as sweet,” and AA debt by any other name  still has underlying assets. Klarman has gotten great because he found a niche and dominated it. He found something different. 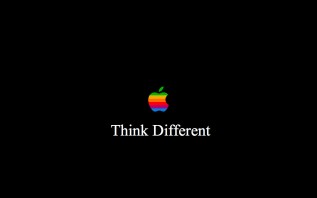 You have to think different. You have to ask yourself a version of Peter Thiel‘s question; what do I think is true that others do not.

For Phil Knight it was the idea that people would go running.

For Sophia Amoruso it was that a vintage clothing store could be called Nasty Gal.

For Ken Fisher it was to ask what can I fathom that other people cannot?

For Morgan Housel it was to ask what can I do that others can’t or won’t.

For Phil Rosenthal it was to make Everybody Loves Raymond and not another copy of Seinfeld.

6/ How many baskets for your eggs? “We think one of the mistakes most investors make is overly diversifying. Owning 100 one percent positions and not willing to identify their very best ideas, trying to limit their losses by at most losing ten or twenty basis points. The problem with that is that it presupposes that all your losses will be one-off events from a company having a particular problem rather than the whole market going down.”

If you put your eggs in one basket you should follow the adage of Mark Twain and watch that basket.

Peter Thiel writes that “life is not a portfolio,” and the “entrepreneur cannot diversify herself.”

7/ Finish line fallacy. “We had a client come in one time and say ‘we want to come in and tell you how we’re benchmarking you.’ I said, ‘I won’t meet with you. I’ll meet with you on anything else, but not that because it will change what I do.'”

Klarman’s client wanted to come in and explain how he would compare his results to a benchmark. He was going to create a false finish line.

Sometimes this works. Warren Buffett created one for his early investors so they would know if he was doing a good job or not. Buffett wanted to know that an asset (his investment) wasn’t a great situation (the market on the whole).

Sometimes it doesn’t. Part of Yahoo’s demise was because Marissa Mayer was buoyed while at Google. What people thought was a great asset (Mayer) was a great situation (Google).